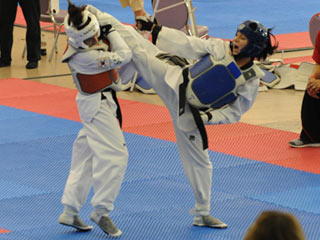 She has been studying Taekwondo since she was a small child, and she has climbed up to the top as one of the best. She was a bronze medalist in the Youth Olympic Games in 2010, she also placed 1st at the US Taekwondo Open in 2011, and also placed 2nd at the Korea open in 2012

She is one of the world’s best in the flyweight division, as she is coming off of a 1st place finish at the Collegiate Championships in Delaware.

But it has been a process especially being out an entire year, after attaining an ACL injury in 2013 in Costa Rica. 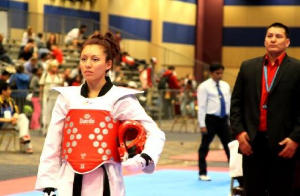 “It’s probably the most difficult thing that I have ever done, but I am grateful for it in retrospect. Because it has made me a much stronger fighter,” said Jessie Bates.

She will compete in Gwangju, Korea on July 10th in the flyweight division. She will take on former opponents that she has beat in the past, but while in her time out have won titles that she missed out on. “They just need to know that I am coming for them because they are on my list. They are the people that I need to beat in order to be successful”, said Bates.

A win at this prestigious tournament could help her attain points for her ultimate goal, Olympic USA Team Trials next year.