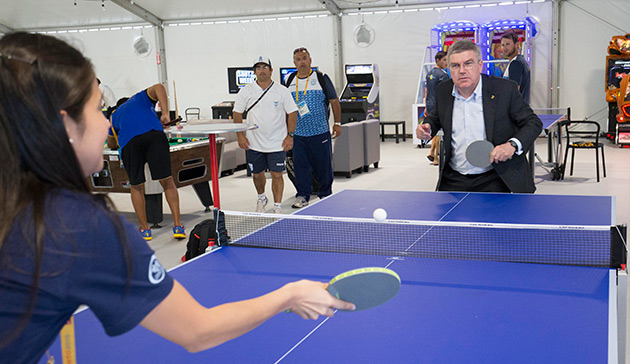 He started the day with rugby sevens, which will be making its first appearance at the Olympic Games in Rio de Janeiro next year.

Moving onto squash, the President was able to see Paraguayan Nicolas Caballero in action and talk to a number of athletes. The pair first met in Nanjing at the 2014 Youth Olympic Games where Nicolas was a YOG Ambassador.

Later the President dropped in on the athletes in the athletes’ village, where he was taken around by members of the Pan American Sports Organisation (PASO) and IOC Athletes’ Commissions. He met dozens of athletes preparing for competition and visited the athletes’ accommodation. 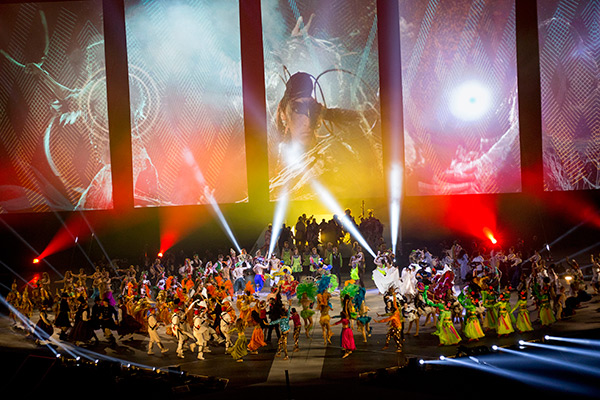 The President described the athletes’ villlage as “excellent” and up to “Olympic standards.”

At the men’s and women’s BMX finals the President congratulated Tory Nyhaug, who won the men’s gold for Canada. President Bach also spoke to Olympic and World Champion Mariana Pajon who dramatically crashed out in the women’s final and wished her well for the upcoming World Championships which count towards qualification for the Olympic Games in Rio de Janeiro.

The President finished the day at diving at the men’s 3m springboard final. 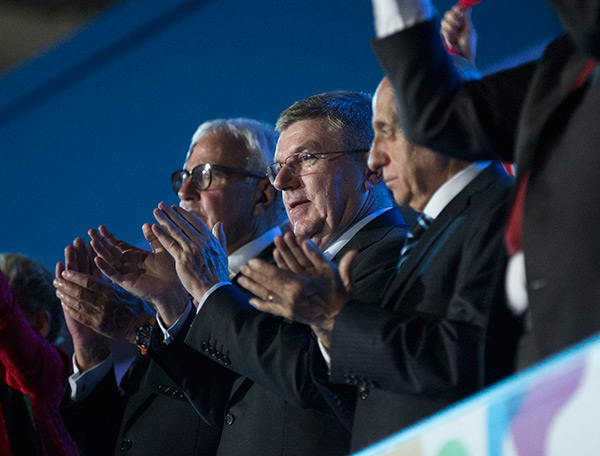