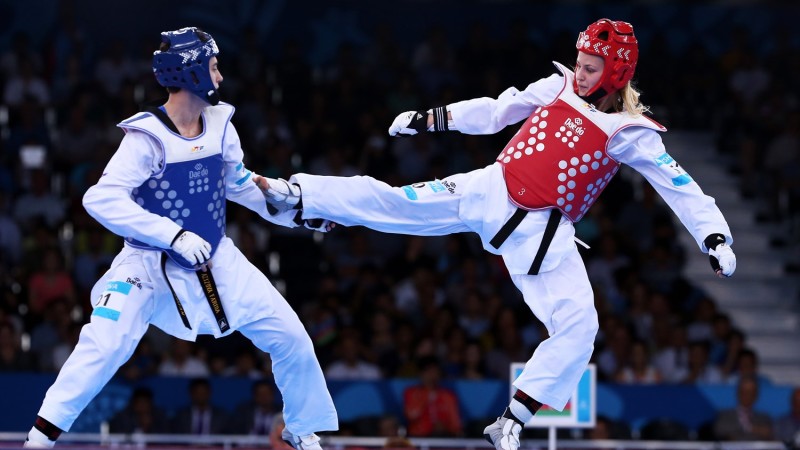 Baryshnikova, 2012 Olympic bronze medallist, looked confident in the women’s -67kg final against Farida Azizova of Azerbaijan in spite of the loud crowd support for her opponent, who broke down in tears after the match.

The Russian said: “It was a tough final, because I competed against an athlete from Azerbaijan. But I did hear a little bit my supporters and this was enough to give me power, to know that I am not alone.”

London 2012 Olympic silver medallist Nur Tatar came back through the repechage to claim a first taekwondo medal for Turkey at Baku 2015. Top seed Elin Johansson of Sweden picked up the second bronze medal.

Beigi Harchegani seemed unfazed by the loud crowd when he stepped onto the mat to face Russia’s Albert Gaun in the men’s -80kg final, and he scored two points within the first minute.

The Russian managed to come back with a head kick in round two but the Azerbaijani controlled the third round to win 9-4.

“In the end it wasn’t that hard and I managed to win it. I had promised people that I would win it, and I did,” a calm Beigi Harchegani said.