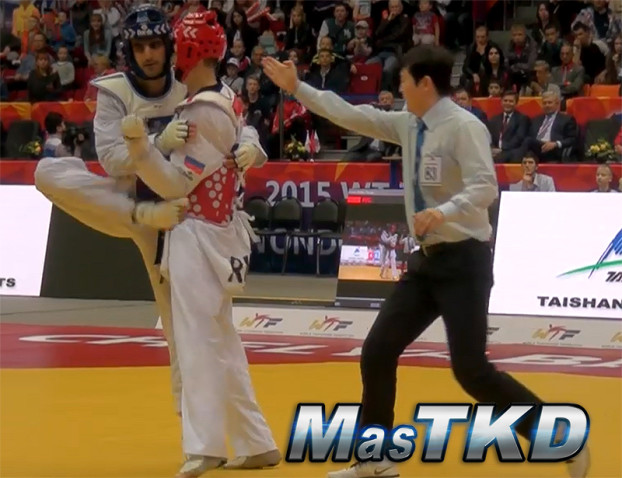 While the World Taekwondo Federation is struggling to show a more attractive and marketable Taekwondo to attract the attention of general public and world media, we are watching a mutation of kicking techniques so bizarre that they are far from being spectacular and attractive.  Known as the Monkey Kick, the Scorpion Kick and the Spinning Kick, they are only distorting Taekwondo.

The implementation of rules to use the protector scoring system helped to avoid subjectivity and partiality from the referees, however as it is seen in every phase of society  “Every law has a loophole.”

The controversy arose after the Gold won by an Iranian athlete, who used excessively this orthodox technique, during the first day of competition at the World Taekwondo Championships. Although Iran was not the only country to use the technique, the fact of reaching the Final thanks directly  to the use of this technique, was what called the attention of everyone.

Recently dubbed as  the Monkey Kick, it is really a distorted technique a circular inwards movement, using the inner edge of the foot . Taking advantage of the sensors in the foot, athletes can easily make contact with the electronic protector, but they do not complete a real Taekwondo kick.

Because of the seriousness of the situation and after many complaints from different Member National Associations, the WTF Technical Commission discussed the case and decided to sanction the athletes who used the technique in excess.   Subsequently, the WTF Technical Commission called all coaches from the participating countries for a meeting and so, the coaches as rarely as it seems, could express their opinion about this serious situation to the WTF authorities.