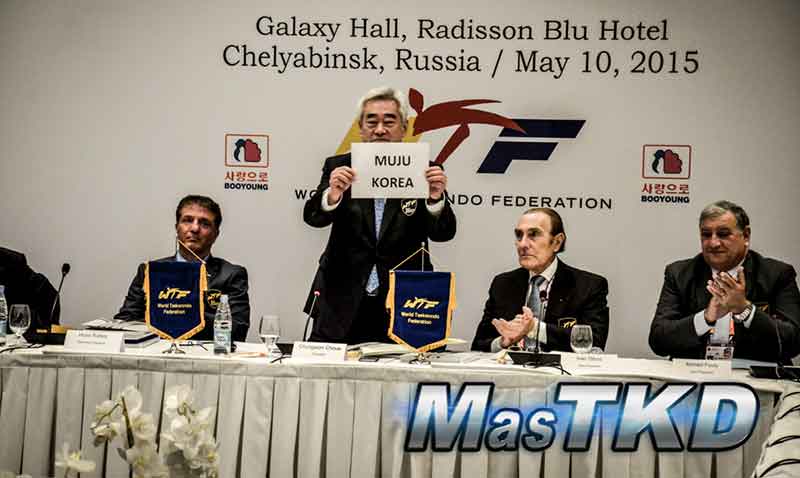 In the most competitive bid in years, the hosting rights for the 2017 World Taekwondo Championships were decided. The bid was between the Korean Taekwondo Association, which proposed Muju in Korea’s southwest, while the Turkish Taekwondo Federation proposed the Black Sea resort of Samsun.

Voting was by blind ballot. The winner was announced by Choue. “The next 2017 World Championships will be Muju, Korea,” he said. As per WTF regulations, the number of votes was not announced.

“Thank you very much for your support!” Song Ha-jin, governor of the North Jeolla Province, in Korea’s southwest, said after the result was announced. “We will do our best to make this the best championships ever. See you in Muju!”

The winners were congratulated by the members of the Turkish delegation.