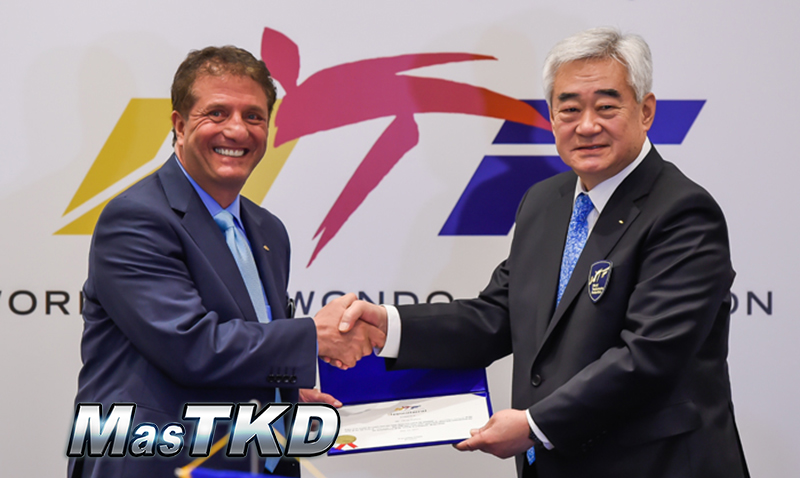 World Taekwondo Federation (WTF) President  announced the appointment of Hoss Rafaty as the WTF Secretary General during the WTF Council meeting in Chelyabinsk, Russia, ahead of the 2015 WTF World Taekwondo Championships.

Hoss Rafaty has served as a special assistant to the WTF President since 2007 as well as President of the WTF International Foundation since 2008 and Chairman of the WTF Expansion Committee since 2009. As co-founder and President of Yumi Ice Cream Co., Hoss Rafaty will also bring extensive commercial business experience to his new role. He was awarded a taekwondo 3rd Dan by the International Taekwondo Federation (ITF) before moving to the WTF.

“We are delighted to announce the appointment of Hoss Rafaty as the WTF Secretary General. I have no doubt that he will contribute greatly to the future development of the WTF. His relationship with the ITF will help enhance the future cooperation between our two federations and strengthen the world taekwondo family.

“This is a very important time for the WTF as the Olympic Movement enters into a new era under IOC President Bach’s visionary leadership and Olympic Agenda 2020. We are committed to being a valuable partner to the Olympic Movement and we believe that our latest administrative appointments will ensure that we continue to innovate and evolve as we aim to provide the best sport for our athletes and millions of fans around the world.”

“I am honoured to have been appointed as WTF Secretary General and wish to express my gratitude to WTF President Chungwon Choue and the WTF Council. I will serve this position with respect, humility and dedication and I will do my utmost to promote peace and unity among our taekwondo family.”