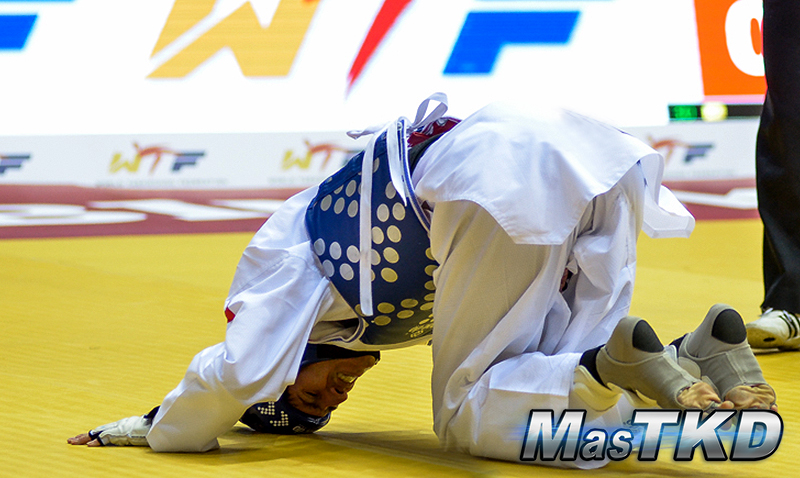 Our sport is going through a transition period, that is why at this moment we are living a very fast-paced environment within the international Taekwondo; many voices and opinions expressed their point of view, but none of the proposals are clear and conspicuous so far.  So, it is time to see things with an open mind.

We have heard opinions such as:  remove protectors, remove headgears, remove sensors, remove certain traditional techniques, remove video replay… What is all this?

Would it be the solution to go back to the old Taekwondo, when there were not headgears, when the protectors were made out of bamboo and athletes were a little less than warriors of Greek mythology?

We have reached a key point in the scale of evolution in Taekwondo, and some say that the solution is to go back? Can we say that the culprit of the negative transformation of our sport is the technology and progress?

Or all of it is closely related to the human condition of the men and women who do Taekwondo, beginning with the leaders, judges, referees, coaches and athletes?

While there are many honest protagonists, what prevails today is leaders who only look after their own interests, referees who does not represent any authority, judges who are eager for a selfie, coaches who dope their athletes or alter scoring systems, and finally there are always the athletes.

If we analyze this problem and seek a possible solution, it is likely that we should start accepting that this is a process that is still in the development stage. And maybe, what we are experiencing as an apocalypse is simply “resistance to change”.

Looking at it from the organizational level, the top of the pyramid, meaning the WTF, the main governing body, is fully and absolutely responsible of making the crucial decisions and taking the measures needed.  Taking into account the advice of not only members of the Technical Council but also of professionals in various fields, the WTF makes decisions in different areas that are crucial for its operations such as management, communication , marketing, finance, information technology, and budget planning. It is clear that a Taekwondo teacher is not competent enough to manage those areas.

Peter Drucker,   who has been described as “the founder of modern management” once said:   “If you want something new, you have to stop doing something old.”   Although this phrase may sound quite hard and even lapidary, what the Austrian professor want to explain is that things change so quickly around us that our systems, processes and ways of thinking must also change.

This means that we are forced to innovate and reinvent ourselves driven by the changes around us because we must be aware that the nest where “the goose laid the golden eggs” has changed its place.

The best way to manage a change process in any organization is to take into account, since the beginning, the factor “resistance to change”, and avoid fighting against it with unplanned and unexpected actions (meaning, constant modifications or amendments to the competition rules). This means to prepare a solid strategy that addresses how we will manage the difficulties and how we will overcome this resistance that will appear throughout the change process.

We chose the electronic scoring systems because we no longer believed in the impartiality of judges and referees.  Although there are exceptions, this is a group whose individuals show a relentless pursuit of recognition, which exceeds their mere function of administering the competition rules. They should represent a strong figure of authority, respect and conduct; however they are the first who often forget about it just to get a selfie with the famous. Nevertheless, sometimes errors can also happen simply because of lack of training. How is it possible that a simple video operator, who knows nothing about Taekwondo, captures the exact moment of the action requested by video replay in a split second and obviously long before the judges?

Going to the technical level, eliminating a memorable kick such as the “miro chagui” is a statement so absurd such as saying that the bandal chagui will be eliminated because that kick generates too many points.  It is much simpler to categorize the scoring techniques to avoid the use of distorted techniques such as the famous “Monkey kick” (The Monkey Kick, the anti taekwondo) and to demand penalizing the action immediately according to the competition rules…not in the middle of a World Championship and unofficially, as we recently witnessed.

We know that this is a sport where culture is scarce and where respect has been lost with the passing of the years, but it would a mistake to think that is due to the evolution, from a martial art into a sport.

We cannot blame the evolution suffered by the Taekwondo from a martial art to an Olympic sport, because Judo has been an Olympic sport for much longer and it has maintained highly demanding development protocols that prevent any possible anomaly. Karate, which is just a step behind of becoming an Olympic sport also keeps its guidelines, values and philosophy intact and additionally respect, integrity and honor are also cherished.

We do not have the absolute truth, or the magic solution to the problems. What we know for sure is that we cannot go back if we have come this far; we cannot maintain a retrograde ideology thinking that the solution is in the past because we know that rejecting evolution is senseless.

This article is not intended to create controversy, win friends, generate comments or shares in Facebook, it just opens the range of possibilities for those who made the decisions and are responsible to solve the problems.

Could it be possible that all of us in the Taekwondo Community have a degree of responsibility in all this, even by simply choosing our leaders without being completely aware of who they are and lacking good sense and responsibility of our own actions?

Could it be that, in a sense, we have the Taekwondo we deserve?

4 thoughts on “Do we really want to get back to the primitive Taekwondo?”