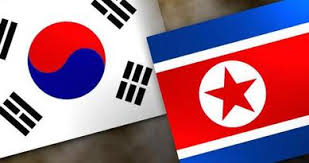 North Korea will send a demonstration team to an international Taekwondo competition organized by the World Taekwondo Federation (WTF), a South Korea-based international body of the Korean martial art.

An official with the International Taekwondo Federation (ITF), a North Korea-led international body of Taekwondo based in Vienna, said that his organization will send a team of 22 performers, including 18 North Korean athletes, to the 2015 WTF World Taekwondo Championships.

The move marks the first time North Korea will allow its athletes to take part in the South Korean group’s event, according to the official who asked to remain anonymous.

The North Korean team will perform during the opening ceremony of the competition.

Sending a demonstration team to participate is one of a series of moves by Pyongyang meant to engage Seoul through sports.

Earlier, Pyongyang said it would send about 100 athletes to the Summer Universiade. The world university student athletes competition will take place in the South Korea’s southern city of Gwangju, beginning in early July.

The North Korean move comes amid heightened tension on the Korean peninsula. Recently, tensions have risen between the two sides over wage increases for North Korean workers at the Kaesong industrial complex.