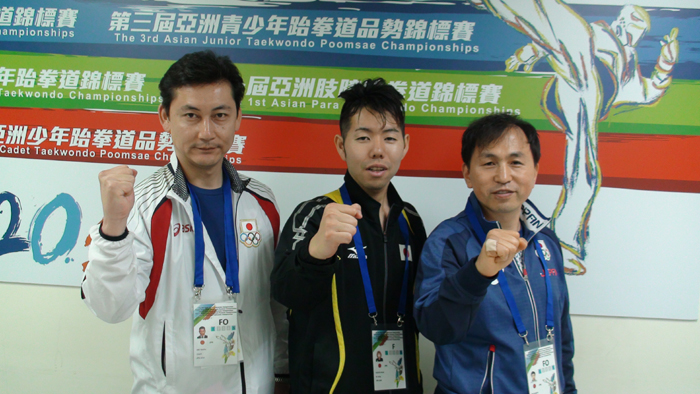 A total of 26 athletes from 10 countries are expected to compete for top honors at the 1st Asian Para-Taekwondo Championships on an entry basis.

Iran tops other countries in the number of athletes to be dispatched for the Asian event with seven, followed by Mongolia with five and Nepal with three. Korea, the Philippines, Uzbekistan and the United States will send two athletes each, while the UAE, Japan and Kazakhstan will send one athlete each.

On April 15, a WTF classification of para-taekwondo athletes was implemented smoothly. Headed by the Netherlands’ Joan Steele-Mills, the classification will continue until April 16. Irish David O’Sullivan serves as the technical classifier at this 1st Asian Para-Taekwondo Championships.

Hsu, who also serves as president of the Chinese Taipei Taekwondo Association, said, “Chinese Taipei is eager to host as many international taekwondo championships as possible, thus helping encourage our athletes’ participation and make our taekwondo better.”

Bong Yi, new secretary general of the ATU, said the ATU would encourage more its member nations to participate in Asian and world para-taekwondo events.

Most of the Para-taekwondo athletes, who underwent their classification, expressed their enthusiasm over taekwondo’s inclusion in the 2020 Tokyo Paralympic Games and were eager to compete at the 2020 Paralympics for a medal.

“I want to compete at 2020 Tokyo Paralympics and win the gold medal,” he said.

Hiroki Sugita from Japan said, “I will compete at the 2020 Tokyo Paralympic Games to be held in my country and hope to win a medal.” “Taekwondo is my life and it gives hope and dreams to all para-taekwondo athletes. Thank you WTF.”