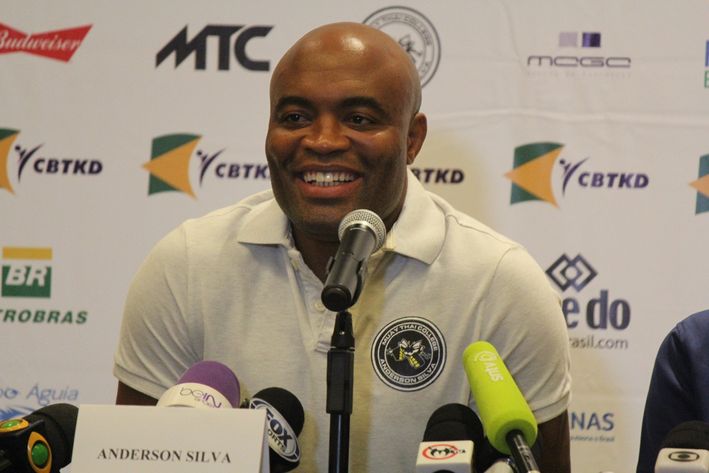 If Nevada State Athletic Commission (NSAC) decides to suspend “The Spider” for an extended period of time at his upcoming disciplinary hearing, his Olympic dreams could vanish.

That’s because Brazilian Agency of Doping Control (BADC) secretary, Marco Aurelio Klein, recently informed Globo Esporte (via MMA Fighting) that whatever punishment NSAC levies against Silva could affect his chances of competing in the 2016 Olympic games in Rio de Janeiro, Brazil, in the sport of Taekwondo.

“For the ABCD, Anderson Silva competing in other sport, a different from the one he is suspended, is against the sports’ ethic, against fair play, against the Olympic principles. Anderson tested positive for anabolic steroids and, in this condition, he has advantages over other athletes who don’t use this banned substance. For us, it doesn’t appear to be the best message to other athletes who follow the antidoping rules ahead of the 2016 Olympics and Paralympics in Rio.”

Silva is already prepared to live with any ruling NSAC and BADC make about his combat sports future. Furthermore, Klein says that just like in MMA, Silva will be subject to random drug tests during the Taekwondo tournaments.

“If he’s competing in official tournaments at the Brazilian Taekwondo Federation (CBTKD), he will be under the ABCD’s jurisdiction, so, like any other athlete, he can be subject to in- and out-of-competition tests by the BADC.”

After this revelation, Silva’s legal team has to ensure that it brings its “A” game to “Sin City” when the commissioners call. Not only to prolong his MMA career, but to not squash his Olympic dreams, even if its considered a “joke” to some of his countrymen.