Canada Taekwondo has named a new CEO, after Simon Chung became involved in legal matters and his predecessor Tony Nippard left the office.  Rébecca Khoury, who was director of events and under her administration the successful Canada Open 2015 was carried out, assumes her new position and talked to us about her new challenges. 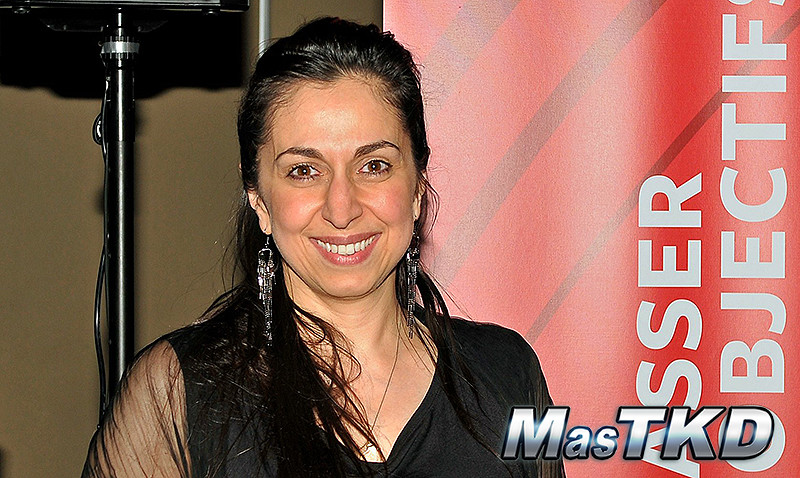 Leading TKD Canada is a new challenge for you. How do you face it?

Leading Taekwondo Canada is a new challenge, strictly in the sense that it is a different federation. Being in a leadership role is not new to me as I have been a leader in Karate at both the Provincial and National level. That said, I will lead Taekwondo Canada by evaluating the federation, formulating a plan and implementing that plan. Every National Sport Federation has its successes and challenges. I intend to build upon the successes of Taekwondo Canada and provide solutions for the challenges the Federation faces.

We understand that you were a member of the Karate Federation Board in Canada. Did you practice both disciplines?

Actually, I am no longer a member of the Karate Federation Board in Canada. I was an athlete, National Athlete, Athlete Representative, President of Karate Quebec and the President of Karate Canada, in that order. In 2013, I was not re-elected to the Presidency and thus my tenure with Karate had effectively ended. No one likes to lose an election, but the end of that chapter meant the beginning of a new chapter of my life and I could not be happier than I am right now, both professionally and personally.

While no longer with Karate Canada, I still serve as the Vice President of the Commonwealth Karate Federation, a member of the Awards & Recognition Committee of the Canadian Olympic Committee, and was elected to the Commonwealth Games of Canada as an Individual Member.  Though I have not practiced the art of Taekwondo, I am very familiar with the sport and have a deep respect for its rich history. It really is a beautiful sport.

Are you aware of Mr. Simon Chung ́s process? Can you give us an update about it?

If you are referring to the lawsuit that was filed and the resulting litigation, Taekwondo Canada has a policy to not comment on pending litigation and, unfortunately, I have to say that I do not have any comment regarding Mr. Simon Chung’s process at this time.

What happened with Mr. Tony Nippard, your predecessor?

Tony Nippard has been the Chair of Taekwondo Canada and still remains the chair. When the former CEO, Ms. Eva Havaris, left Taekwondo Canada, someone had to step in and take charge of the responsibilities of the CEO. Mr. Nippard was the one who stepped in, on an interim basis, until a new CEO was appointed.

What are your goals in this new position?

My first goal is to evaluate all the successes and challenges of the Federation and starting big and working to small, formulate plans and implement those plans to build on the successes and overcome the challenges. I know that is very general, but I am currently in the evaluation phase and am unable to give specific goals I have. However, there are some readily apparent matters I would like to improve upon.

The second is governance, transparency and efficiency. My goal is to make sure that our Federation is run with good governance and in a manner that is transparent to the community and that we service our community in the most efficient manner. Perception is reality and if the Federation is not as transparent as it can possibly be, people will tend to fill in whatever gaps exist in transparency.

The third is to work towards a unified Taekwondo Canada. I believe the first two goals are the key to the third goal.

Finally, I want to make sure I am crystal clear that nothing above should be construed to mean that Taekwondo Canada does not already do these things. There is always room for improvement. To use a sports analogy, even if you are the champion of the world, you can always improve. You better improve because the minute you stop improving, you give your opponent an opportunity to become that champion.

What is your message for the Canadian taekwondo community and to the entire American continent?