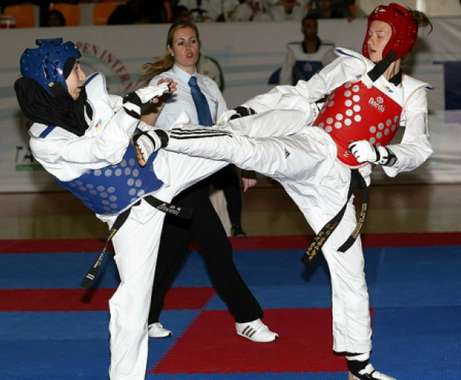 The 20-year-old firther won gold in the women’s 57kg weight class at the European Championships Olympic Weight Categories, becoming the first fighter from Sweden to capture a European gold medal in Taekwondo since 2008.

“I ran on self-esteem and routine,” Glasnovic said in an interview with Skanskan.se. “My opponents were completely new to me, I had not faced any of them before. I just concentrated on my style.”

The Malmö native jumped two spots on the podium after collecting bronze at the 2014 European Championship.

“Obviously I am glad I improved. Success triggers and provides energy to remain focused. I competed without putting pressure on myself.”

The competition in Nalchik was only the latest of a long series of events for Glasnovic, who competed at the US Open, Dubai, Alexandria and Luxor in Egypt, Turkey, Greece, Switzerland, Bosnia and Herzegovina and Holland prior to Nalchik – and all since January.

Glasnovic is now resting back home in Malmö. She hopes to use the Baku 2015 European Games as yet another chance to pick up some important points towards her Olympic qualification.