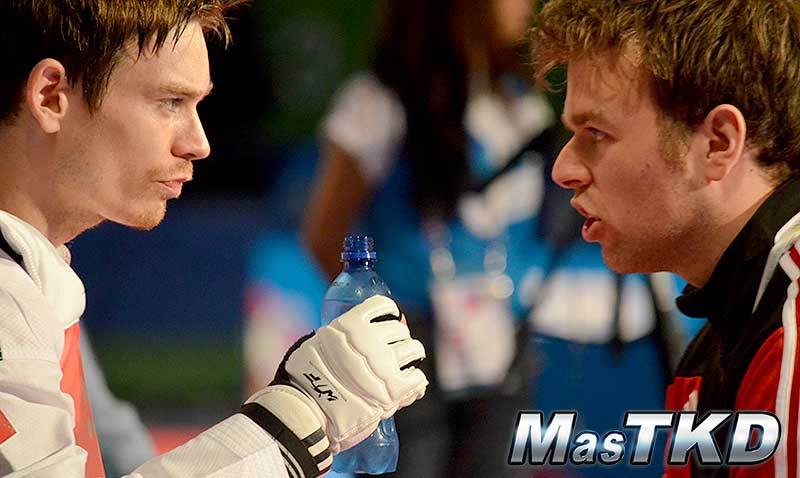 Dorset-born Cook, 24, has no links to the country but had his nationality approved via funding from Moldovan billionaire Igor Iuzefovici.

Cook, who was overlooked for the GB Taekwondo squad for London 2012, said: “I felt I had no other option.”

However the British Olympic Association (BOA) could yet block the move.

Cook issued a statement saying he had now received a Moldovan passport, adding: “I will soon begin a new journey representing the Republic of Moldova at all international competitions and hopefully the Rio Olympic games and beyond, should I qualify.”

He added: “Although I am upset and disappointed I will not represent my country of birth at another major championships, I felt I had no other option.”

Cook, who fought for Team GB at Beijing 2008, felt he was overlooked for the 2012 squad because he decided to quit the British program in 2011 – something GB Taekwondo has always denied.

Lutalo Muhammad, who was selected instead of Cook, went on to win bronze at the Olympics.

Cook has refused to compete under the British flag since May 2012, and has fought for Isle of Man since early 2013.

Under the Olympic charter, an athlete can switch nationalities after they have served three years since representing their previous country.

It means Cook would be eligible to compete for another nation at this year’s inaugural Baku European Games in June.

The list of qualifying athletes for the games is due to be revealed this week and as the event is run by the European Olympic Committee, Cook would have to compete for Great Britain or Moldova.

Should he compete for Moldova, he would be officially unable to switch back to Britain for the next Olympics.

However, the BOA – who do not want to lose a potential Olympic medal-winning athlete, is understood to be investigating whether having competed for Isle of Man, a British crown dependency, would make blocking the move possible.

Meetings between Cook’s representatives, GB Taekwondo executives and the BOA over the last 12 months have not managed to resolve problems between the parties.

Cook claims to have been told he would not be selected for the British Rio Olympic team, regardless of his performances, last year – something GB Taekwondo firmly denies.

“We have received a nationality change request from Aaron Cook regarding his future Olympic Games participation,” said a BOA spokesperson. “The BOA is liaising with all parties to carefully consider this.”