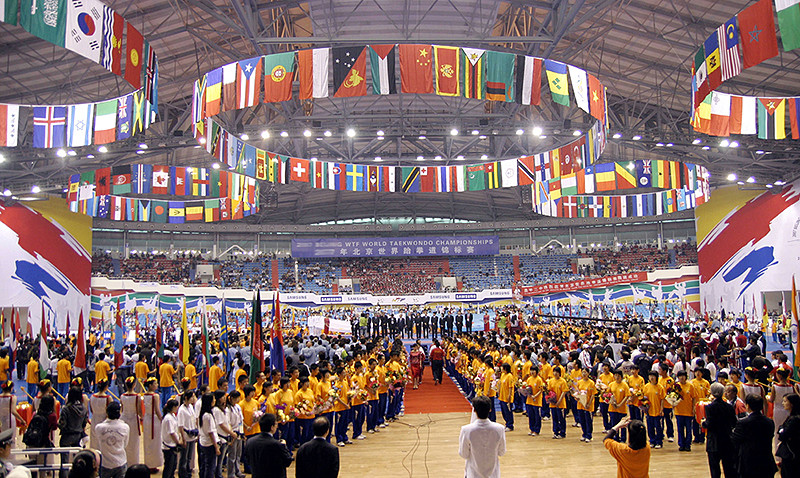 The WTF Executive Council will decide at the next meeting to be held in Chelyabinsk, Russia, on the occasion of the 2015 WTF World Championships, the host cities for three major world championships in 2016 and 2017.

The last World Junior Taekwondo Championships was held in Chinese Taipei in 2014, meaning that the next edition is to be held in 2016. For this event there is only one candidate:  Mexico. “We are, in the opinion of PATU and the WTF, the number one in organizing international events o high level.   The event could be held in Cancun, Mazatlan or Guadalajara as the host city is yet to be confirmed. However, what is sure is that Mexico will organize this event” said Juan Manuel Lopez, President of Mexican Taekwondo Federation.

“We offer safer cities, high-quality venues and organization, and significant government support, among other things. Mexico has an infrastructure adequate to hold the best events in the world and most importantly, we have proved we are specialized in organizing international events. We expect to be chosen and we will always try to innovate and be professional in every detail of the event”  said Lopez.

Additionally, México is also expecting to host the Continental Olympic Qualification for Rio 2016.

The World Poomsae Championships, after being postponed for next year, (See: There will be Poomsae World in 2015), could be held in Lima, Peru in 2016 since it is the only bidder for this event so far.  “We hope to get the event; it would help to develop and strengthen Poomsae in the region and will give us the opportunity to attend with the complete team” said Joao Tanaka, president of the Peruvian Taekwondo Federation exclusively MasTKD.

“Our country has an ancient culture and a variety of food, from typical to fusion international cuisine.  We are very friendly and we have demonstrated that we are capable of organizing international events.  Our economy is growing and we will host the 2019 Pan American Games.  Also the Peruvian government policy is directed to giving support to sports organizations for the development of our athletes and events that may contribute to it”, concluded the President of the Peruvian Taekwondo Federation.

Finally there are two bidding cities to host the 22th (15th Women’s) 2017 WTF World Taekwondo Championship, with a $ 100,000 minimum hosting fee; they are Muju, Korea and Samsun, Turkey, who submitted their applications to the WTF.  Both cities will make a presentation to the WTF Council during their meeting in Russia and will present the details of what they can offer to the WTF and the athletes; and of course they will confirm that the “hosting fee of $100,000 will be met”.