Citizenship ceremony celebrates diversity, connection to the world.  With 100 days to go until the cauldron is lit at the Opening Ceremony of the TORONTO 2015 Pan Am Games, a special citizenship ceremony has welcomed 100 new Canadian citizens. The ceremony is a reminder that when the Games begin, athletes, coaches and visitors from the 41 countries throughout the Americas will find welcoming communities within Canada’s diverse populations.

“Our Games motto is United We Play! This ceremony reflects the values of inclusion and diversity that the Games will promote,” said Saäd Rafi, chief executive officer, TORONTO 2015 Pan Am/Parapan Am Games Organizing Committee (TO2015). “The Games are a chance for all of us to cheer for Team Canada on home soil and with our fellow Canadians, while also welcoming the people of the Americas to share in all our communities have to offer.”

The citizenship ceremony was held at the new YMCA, part of the recently completed CIBC Pan Am/Parapan Am Athletes’ Village. Located on Toronto’s waterfront in the West Don Lands area, the Village will be transformed into a diverse new neighbourhood when the Games are over.

The medals have been unveiled, and the response has been enthusiastic throughout the Americas. 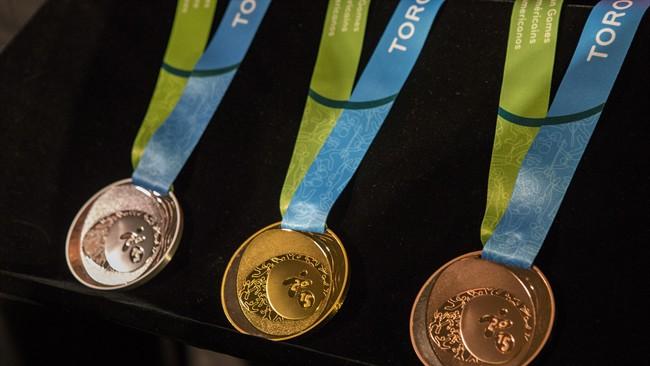 The TORONTO 2015 Pan Am/Parapan Am Games Organizing Committee (TO2015) is tasked with managing and delivering the Games. It is working to bring some of the world’s best athletes and artists to Toronto and the Greater Golden Horseshoe region, giving Ontarians a unique chance to be part of the action, and making the region a hub for sport.