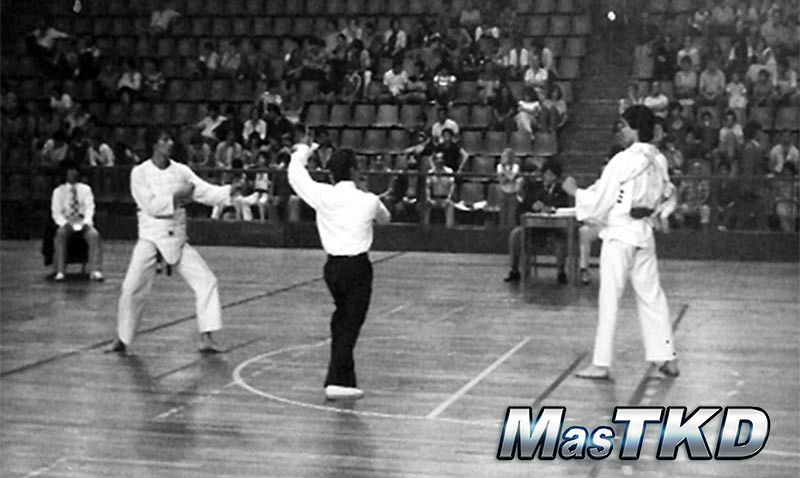 Accustomed to the suffering that meant receiving blows in virtually the entire body in every training session, at a time when being tough and strong was not a choice, but your only option…if what you wanted was to wear a chest protector and go out and fight.

In every competition they would demand the maximum from you, in a place where there was no room for the indulgent or the weak of spirit. Hundreds of warriors came together those days to be accountable to each other.

Whatever happened, there was a worship to the struggle and no one was willing to disappoint. Whatever happened, you wanted to be satisfied after the match, after having given everything on the mat; that was a general feeling where no one thought about the possibility of surrender.  You could win or lose, but you would fight and suffer until the last second.

Getting a thrashing but fiercely; getting  the adrenalin going throughout your body symbolized a fight to the death;  only a few warriors among thousands came to the top and wrote their names on stone of history: honor and glory for all of them.

But the ones who fought against the old warriors and made them suffer courageously also deserve the honor and glory; those fighters made their deeds even much greater.

“Old Warriors”, who currently walk slightly misunderstood due to their way of understanding and feeling Taekwondo which was or still is their life.

“Old Warriors” who now limp, due to old battles and now you just can make a rough sketch of what was your enormous talent.

“Old Warriors”, no matter what is your present condition, you deserve the respect of all generations and the recognition of History, because you are the pride of a great and authentic way of fighting that may never come back.

Fellow, “Ancient Warriors”, I stand at attention and salute you; Chariot Kione.