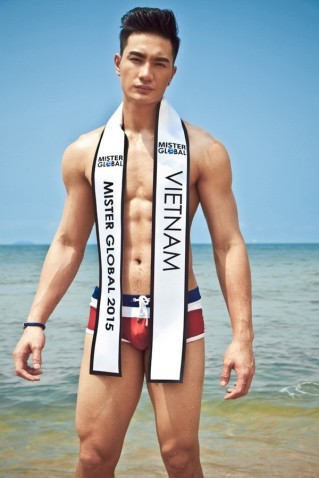 The 21-year-old athlete will face a fine of up to VND30 million (US$1,500) for the violation, local media reported.

Over the past two years, nearly a dozen of Vietnamese women have entered beauty pageants without any official endorsements and then faced penalties soon after their homecomings.

Under a rule, those who want to compete in a beauty contest abroad must have at least one national title before being selected by the culture ministry to represent the country.

Son, who has won 15 medals at national and regional Taekwondo tournaments, did not have any beauty title.

Despite the pending fine, Son is still preparing for the final gala on Saturday of the Mister Global pageant, organized for the second time in Bangkok.

He said he was invited by the contest’s organizers, asking for support from his fans from home.

The man, who is 1.93 meters tall, has been considered one of the front runners.

At the national costume competition, Son chose to wear a uniform of the Vietnamese army, which sparked controversy among many Vietnamese.

There have also been rumors that he underwent plastic surgeries. 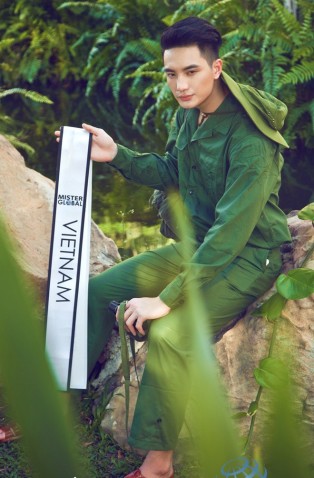