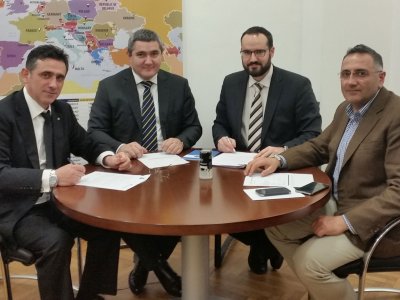 During a meeting held at the ETU headquarters, the European Taekwondo Union President, Athanasios  Pragalos signed a contract with the President of the Serbian Taekwondo Association, Mr. Edmund Schramm in which both agreed that Serbia will host the next European Poomsae Championships from 26-28 June, 2015. 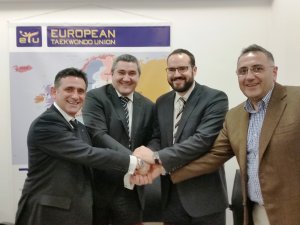