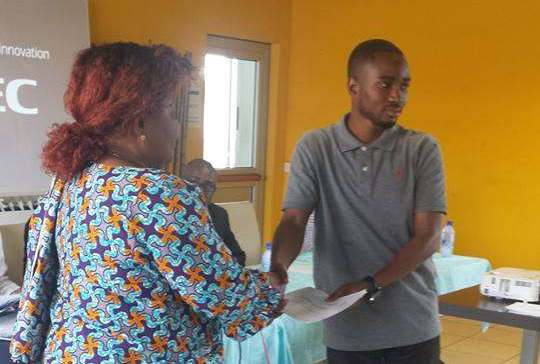 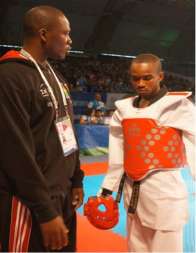 Terrance Tetteh Asare, Ghana’s representative at the 2014 US Open Taekwondo Championships, says he is optimistic that the scholarship awarded him by the Ghana Olympic Committee/Olympic Solidarity will boost his chances of qualifying to next year’s Olympics in Rio de Janeiro, Brazil.

He is one of twelve lucky athletes who received scholarships worth $200,000 to prepare towards qualifying for the 2016 Olympics.

Terrance Tetteh Asare expressed gratitude to the GOC / Olympic Solidarity: “This is a great opportunity for me. Many are called but few are chosen and this scholarship has given me the opportunity to focus more on my training rather than my finances,” he said.

“I am making use of all the resources and will qualify to Brazil,” he added.

The scholarship will provide him and the other athletes a combination of financial support towards travel, medical bills, lodging facilities and equipment in addition to specialist coaches.

Terrance has been an Olympic Taekwondo athlete since 2011. He represented Ghana in the 2011 All African Games in Maputo, Mozambique, 2013 African Championships in Madagascar, 2013 World Taekwondo Championships in Puebla, Mexico and the 2014 U.S Open in Las Vegas.

As part of the preparations to qualify to the Olympics, he is training six hours every day and will be participating in the All African Games in September in Congo and the World Taekwondo Championships in Russia in the same month.