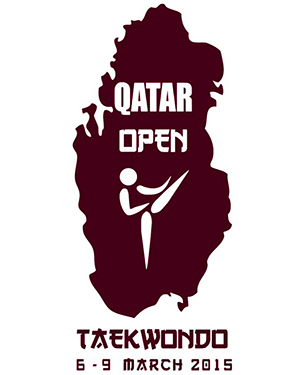 This was the first time Qatar Taekwondo organized an event in large scale under the umbrella of the World Taekwondo Federation. Over 800 athletes from 45 countries, representing different age groups, and around 55 international judges participated in the championship, making it the strongest Taekwondo tournament ever in the history of the sport.

QTJF president Mohammed Ahmed al-Sulaiti was pleased with the turn out and called the event successful. He said Qatar was called upon by the World Taekwondo Federation to host the event after seeing the impressive infrastructures in place in the country.

“The WTF were impressed with the excellent infrastructure in place in Qatar during one of their visits and they compelled us to host the event which we accepted after necessary discussion with the Qatar Olympics Committee (QOC),” Sulaiti said.

He added that the country will greatly benefit from hosting such an event as it provides exposure to region’s athletes and give them a chance to qualify for the Olympics in Rio de Janeiro in 2016.

It rained medals for Qatar on the concluding day of the 1st Qatar International Taekwondo Championship, at the Indoor Hall of the Women Sports Committee at the Aspire Zone.

Qatar’s Abdullah Khalil won gold in the children’s 31kg category at the 1st Qatar International Taekwondo Championship, at the Indoor Hall of the Women Sports Committee at the Aspire Zone yesterday.

On the penultimate day of the event, Khalil beat Lebanon’s Alex Barakat 10-9 in a closely-fought encounter. It was one of many medals that Qatar won as the youngsters put in an impressive performance in the Juniors, Cadets and Children categories.

In the Cadets, Qatar’s Sally Amer and Nour Moustafa clinched gold in the 55kg and 29kg categories respectively.

However, Qatar’s Anas Ben Sahra had to settle for silver in the junior’s 63kg category, after he went down to Saudi Arabia’s Ali Almabrouk 0-1.

There were more medals for Qatar, with Mohamed Osman and Ibrahim Ibrahim winning bronze in the Cadet’s 57kg and 33kg respectively.

Meanwhile, South Korea’s De Hyn Lee and Frenchwoman Happy Neri were adjudged the best male and female players respectively in the senior category. South Koreans had dominated at the senior level, having won five gold and two silver. Qatar’s Marim bin Aly also did her country proud by making the podium with a bronze medal finish in the senior Female -73kg category. 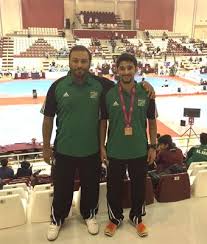 Al-Sarraf was able to make it to the juniors’ under-73kgs competitions with a spectacular performance before losing to his Uzbekistan opponent in the semi-final match, Ahmad Al-Attar, team official, stated to Kuwait News Agency (KUNA).

The Kuwaiti team attained positive results in this tourney, achieving three different medals, Al-Attar said, pointing out this championship is a strong preparation for the team.