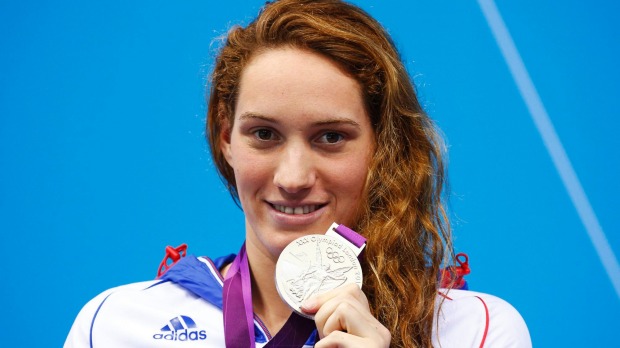 The sports world reached out to various outlets to express their sorrow upon hearing about the deaths of former Olympic swimming champion Camille Muffat, Olympic boxing medallist Alexis Vastine and yachtswoman Florence Arthaud. Trio were in Argentina taking part in a reality television show called Dropped.

The International Olympic Committee announced in a statement that its Olympic flag would fly at half-mast for three days at the IOC headquarters to honour the “great champions”.

“We are shocked by this sad news. Our thoughts are with the families and friends of these great athletes who have left us,” the IOC said in a statement.

“With them, the world of sport and the Olympic family have lost three of their key members. They were all not only champions in their sport but also contributed greatly as role models.

“The Olympic Movement mourns with their families and friends, their fellow athletes, the French National Olympic Committee and with France.”

Swimming’s ruling body FINA tweeted: “To Muffat’s family and friends and to the entire Aquatic community in France, FINA expresses its deepest condolences.”

The 25-year-old Muffat won three medals at the London 2012 Olympics including gold in the 400m freestyle. The Nice native, who captured silver in the 200m freestyle and bronze in the 4x200m freestyle relay, retired from competitive swimming in 2014.

“It is with dismay that French swimming learned of the death of the Olympic swimming champion Camille Muffat,” the French Swimming Federation FFN said in an issued statement.

“With the passing of this great champion, this strong, humble and determined person is torn from her family, her friends, her admirers. Our sadness is immense, deep, violent.

“All our thoughts are with family. The pain is shared with the people and athletes who died alongside Camille. Iconic champions, people torn from life.”

Britain’s Rebecca Adlington, who lost to Muffat in the 400m final, paid tribute to her former rival, tweeting: “So sad and shocked to wake up to hear the tragic death of Camille Muffat. She was an amazing sportswoman, competitor and lovely person.

Four-time Olympic swimming gold medallist Janet Evans of the United States added in a tweet: “Shocked and saddened to hear of Camille Muffat’s passing. An incredible athlete and an inspiration to us all. #RIP”

Bill Furniss, British Swimming’s head coach, also reached out to express his sorrow, saying: “Camille was someone who commanded respect as both a great competitor and as a person. Rebecca and her had some tremendous battles over the years and she will be sadly missed. I would like to offer my condolences to her family, friends and all at French Swimming.” 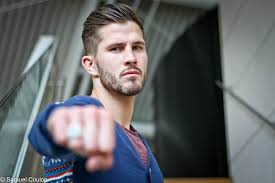 The International Boxing Association (AIBA) reached out to express its sadness at the loss of Vastine.

Vastine won bronze at the 2008 Beijing Olympics in the light-welterweight category. The 28-year-old was defeated in the quarter-finals of the 2012 Games and it was expected that he was preparing to compete in Rio de Janeiro in 2016.

Sailing superstar Robin Knox-Johnston talked to the English Radio 4’s Today programme about his friend yachtswoman Arthaud, who he had known since she was 11.

“She was always out there doing it and for her period of yacht racing she was at the top of the game,” said Knox-Johnston.

The 57-year-old Arthaud was an accomplished sailor most well known as being the first woman to win the prestigious solo Atlantic race Route du Rhum in 1990.

Tributes also came in from athletes not in the three sports.

“I am sad for my friends, I tremble, I am horrified, I have no words, I cannot say anything,” tweeted former Arsenal forward Sylvain Wiltord, a reported contestant on the reality show who was not in either helicopter.

French Formula One racing driver Romain Grosjean tweeted: “Horrified to learn of the death of Florence Arthaud, Camille Muffat, Alexis Vastine and all the other people who were on board.”

France’s rugby star Benjamin Kayser added: “May these great champions and the other victims rest in peace … my condolences to their families.”