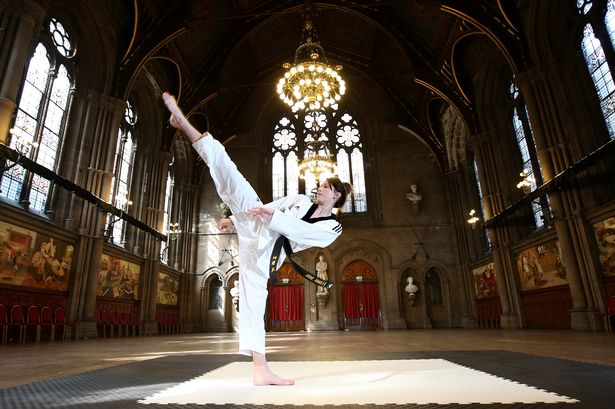 Olympic champion Jade Jones puts her unbeaten 2015 record on the line as part of Great Britain’s 14-strong squad for the WTF World Championship from May 12-18.

Jones is part of the 14-strong squad but there is no room for fellow Welsh woman and world junior champion Lauren Williams who won the Dutch Open earlier this month.

At just 16, Williams is too young to be eligible but is expected to fight in the European Junior Championships later in the year.

It will be a trip into the unknown for London 2012 golden girl Jones and her Manchester trained team mates as they head to the Russian city of Chelyabinsk.

In 2011, Jones, who celebrated her 22nd birthday last Saturday, won silver as part of a best ever GB World medal haul of four.

But two years ago she and her team mates returned empty handed from the World Championship in Puebla, Mexico.

This time they have been set a “one to three medal target” by GB Performance Director, Gary Hall. “And it is an achievable target with the athletes that have been selected,” insisted Hall.

“In 2013 we were so close in three or four categories. However, we missed our target which is one of the few targets we haven’t attained in a decade of competition. Now, we are looking to put that right in Russia.

“In many ways, a world title is the hardest one to win. In -68kg male, for example, there will be more than 100 competitors while at the Olympics you start at the last 16.

“You have got a mixture of quality and quantity in this event. So, it is really tough. But we have done it before and we are confident we can do it again.”

Jones, a winner of her last six tournaments and four this year, is one of five survivors from the 2013 squad. For the remaining nine, it will be their senior World Championship debut including teenagers: Rachelle Booth, Max Cater, Josh Calland, Charlie Maddock and Nicole Huntington.

“It is a very exciting GB squad but competing in Russia won’t be easy,” confirmed Hall. “However, the athletes are preparing to be the best they can be.”

Olympians Michael Harvey and Martin Stamper, silver and bronze medal winners at the 2011 Worlds in South Korea, both miss out. So too does Youth Olympics bronze medallist, Christian McNeish, a recent winner of the Turkish Open.

“It has been a difficult selection process but it is good to see the mix of players we now have at our disposal,” explained Hall.

“There have been lots of strong performances in the last 12 months that have helped cement places. And there is a lot of work to do for the ones that didn’t get selected.

“But that all adds to increased competition in the squad which we will need if we are to be a top performing squad in the world.”