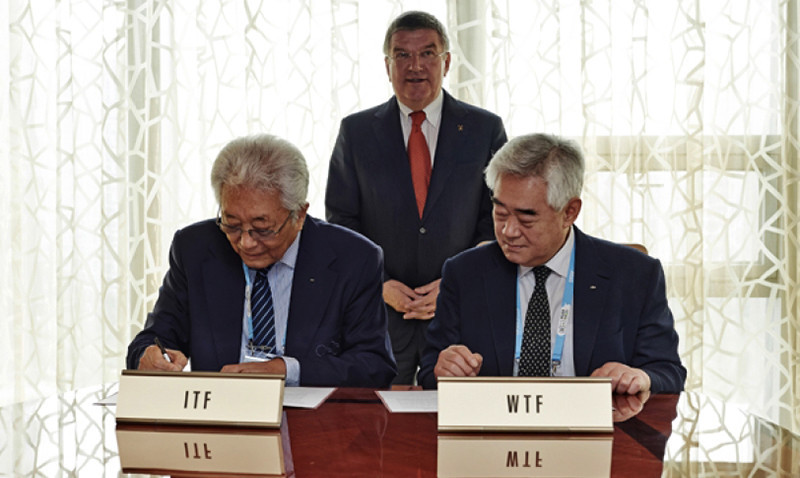 The invitation to attend the Championships, which will be held in Chelyabinsk, Russia, on 12-18 May, 2015, reflects the increased dialogue between the WTF and ITF since they signed a historic Protocol of Accord on 21 August, 2014. The signing took place in Nanjing, China, during the 2nd Youth Olympic Games and was personally overseen by International Olympic Committee (IOC) President Dr. Thomas Bach, who praised the initiative.

Under the agreement, athletes registered with the WTF and the ITF are free to compete in the other federation’s competitions, under the rules and formats of the separate organisations. This will create exciting new opportunities as the world’s very best taekwondo athletes will have the chance to compete against one another, regardless of which federation they belong to.

“The WTF is always looking at ways to develop and evolve taekwondo for the benefit of athletes and fans around the world and opening up our relationship with the ITF is a key way of doing this”.

“While we are two separate organisations, we share a common history and a common passion for our great sport. We want to work with the ITF to ensure that every athlete, regardless of their federation, nationality, race or gender all have the opportunity to compete at the Olympic Games.”