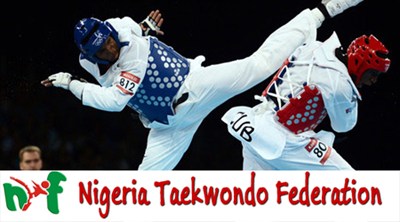 The visas already issued by the Qatari authorities have been revoked.

The Qatar Taekwondo Federation, organizers of the championship confirmed yesterday that all the 16 visas issued based on the false documentation presented by the fraudsters have been invalidated.

Nigeria’s National Taekwondo Team that won medals at the 2014 Commonwealth Games is scheduled to compete at the event billed to hold between March 6 and 9, 2015 in Doha.

Sources at the Nigeria Taekwondo Federation (NTF) revealed yesterday that the unscrupulous schemes of the fraudsters was exposed as part of an aggressive drive by the International Department of the federation to tackle visa racketeering.

“A routine check earlier this week revealed that 16 persons, not in any way associated with the sport of taekwondo in Nigeria, have been registered to participate in the 1st Qatar International Taekwondo Opens. This development set off the alarm bells for us to investigate,” revealed the source at the NTF.

“But unknown to the fraudsters, the Qatar Taekwondo Federation has an existing relationship with us at the NTF. We immediately contacted our Middles Eastern counterparts to check-mate the fraudsters,” stressed the top official of the federation.

Based on the information from the NTF, the organizers of the event in Doha forwarded the names, passport numbers, sex, and place of birth of 16 persons who were earlier issued with the visas.

It was further learnt that to disguise the fraud in their application to the Qatari authorities, the impersonators signed off their emails in the name of the current President of the Nigeria Taekwondo Federation, George Ashiru, and gave the correct address of the Nigeria Taekwondo Federation offices located at the National Stadium, Lagos as their location.

But in revoking the already issued visas, the Qatari authorities warned the fraudsters to steer clear of her territory.

“Please note that the attached visas are no longer valid. It has been cancelled due to special instructions issued by non-validity of these visas. Accordingly, we would like to inform you not to use these visas and if used by anyone would not be allowed to enter the State of Qatar,” the NTF was copied in the email sent out to invalidate the travel documents.

In his reaction to the fraud, Ashiru insisted yesterday that this was  a strong warning to anybody or  group trying to use sports federations to fraudulently acquire travel documents to desist from such.

“The Nigeria Taekwondo Federation is a very active, progressive and well-connected organisation that uses the sport of taekwondo to positively impact the lives of Nigerians and build career paths for hardworking sportsmen and women.

“Your illegal activities harm the chances and careers of thousands of our upcoming and current taekwondo practitioners in Nigeria. Stay away from Taekwondo and all sports federations,” Ashiru warned.