The European Taekwondo Union headquarters welcomed the Executive Council to discuss several important issues related to the road to the Olympic Games in Rio 2016.  An important decision to be made was the host country for the European qualifying tournament where Baku, Azerbaijan and Istanbul, Turkey presented their bid.

Delegates from both cities made their presentation to the council and by a close margin the city of Istanbul, Turkey was chosen to be the host city for the Continental qualifying tournament for Rio 2016, similar to 2008, prior to the Olympic Games in Beijing.

Moreover the Appeal Committee informed the executive council about the Sweden case, confirming that the suspension will continue until the statutes are modified. Consequently, the ban for Swedish athletes to compete in any international event continues.

President Sakis Pragalos also signed an agreement with Kukkiwon, which will serve for mutual cooperation between the two institutions for the benefit of the athletes. Similarly Kukkiwon will support with various preparation courses for coaches. This agreement includes the holding  the Hanmadang in Europe.

From now on, ETU have the authority to issue Kukkiwon certificates, so being a member of a MNA will be one of the requirements.

Finally,  two seats were vacant within the council due to absence of the members  and applying the ETU Statutes, elections were made and by unanimous decision Philippe Bouedo, France and Antonio Barbarino, Germany were elected and will hold his positions until 2017. 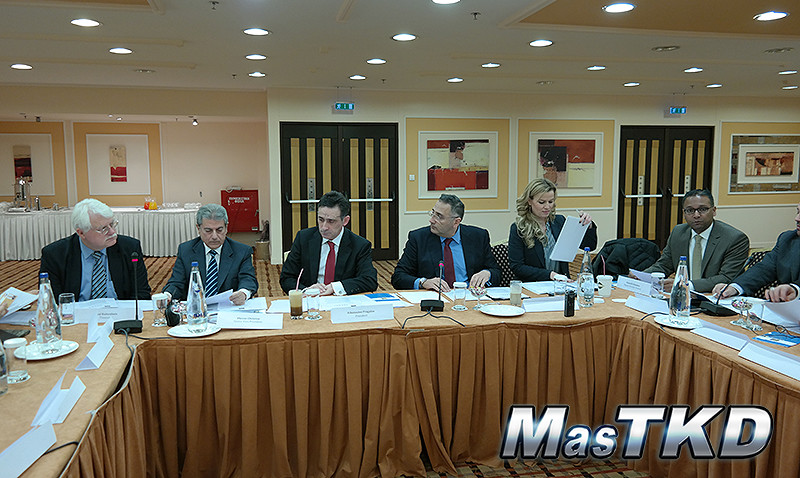