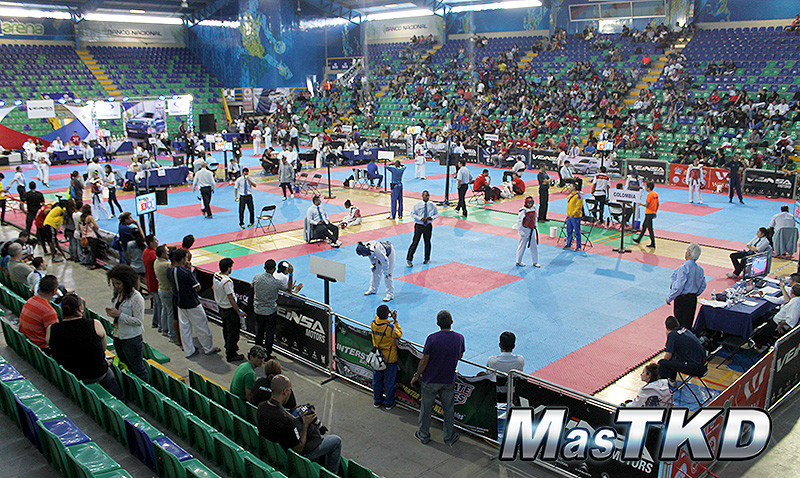 After becoming a classic event in the PATU region, counting with the presence of outstanding athletes such as  World Champions Aaron Cook (England) and Carmen Marton (Australia), the Costa Rica Open 2015 will not be ranked “G-1” this year.

In early November last year, PATU sent all the requirements and deadlines to apply for a G-1 event in the region; however the Costa Rica Taekwondo Federation (FCT by its acronym in Spanish) showed no interest in organizing the open championship.  “The pertinent information was sent to each federation.  I received applications from the countries that are listed in the 2015 Event Calendar, but I didn´t receive any application from Costa Rica,” said Ji Ho Choi, president of PATU exclusively to MasTKD.

Undoubtedly, communication and interaction between the FCT and PATU has become weak due to various discrepancies between the two sides, since this situation is practically the same as it was last year, although the discrepancies were different.  (See related articles:  Ji Ho Choi:  I just want that everyone knows the truth…   and   Mr. Choi asked us $10,000 not $5,000, as he said in the interview.)

The conflict between the two institutions goes beyond the formalities for organizing an event.  Last year, the Costa Rica Taekwondo Federation questioned the requirements set by PATU for the Pan American Festival in July 2014, when the Central American country created confusion over the age of the athletes allowed to participate in that event. Derived from this action, PATU responded by establishing an Investigation Committee, which in the coming months would issue a resolution that could lead to impose a penalty if so determined by the committee.