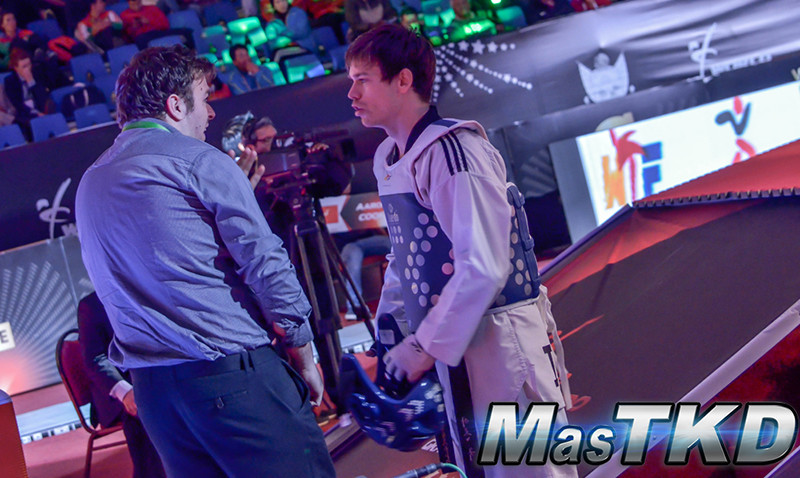 Desperately seeking not being left out of the 2016 Rio Olympic Games as it happened during London 2012, and after representing Isle of Man for some time, Aaron Cook finally found a nation which opened its doors and gave him the opportunity to be at the Olympics next year.

Knowing that the fact of representing Isle of Man, a self-governing British Crown dependency, would not give him the opportunity to get to the Olympics, Cook started the process of changing his nationality and finally found a country which will make his dream come true.

Some Latin American countries such as Costa Rica were included in his list; however it was Moldova the country with which Cook reached an agreement. Cook has already the Moldavian citizenship and the approval of the Moldova National Olympic Committee to represent them at the Olympics but it is even more significant that he has the WTF Executive Committee´s approval.

Moldova, also known as Moldavia, is a landlocked country in Eastern Europe located between Romania to its west and Ukraine to its north, east and south. Its capital city is Chișinău.

At the meeting in Bangkok, Thailand in January,  the  World Taekwondo Federation Council unanimously approved to give Cook the “green light” and consequently Moldova will get the successes and medals this iconic athlete, the number one in the “MasTKD Pound for Pound” ranking,  will surely get in the future representing the Moldavian flag.

According to the legal process, “any competitor who is a national of two or more countries at the same time may represent either one of them, as he may elect. However, after having represented one country in the Olympic or regional championships promoted or recognized by the WTF, he may not represent another country unless at least three (3) years have passed since the competitor last represented his former country”.  However, if the parties involved, in this case the WTF, the Moldova Olympic Committee and the Great Britain Olympic Committee, come to an agreement, the three year´s period may be reduced.

Consequently, it is in Great Britan´s hands to obtain the final “yes” which will represent for Cook getting to Rio 2016 and fighting to achieve the long-dreamed Olympic Medal.