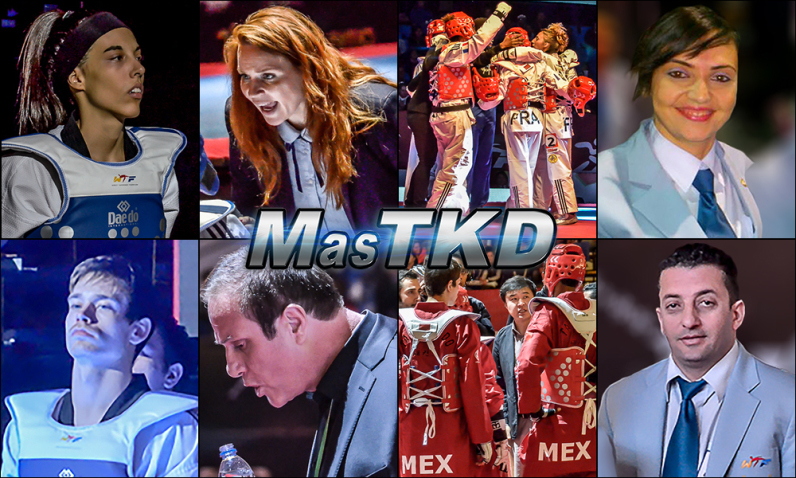 The election of the Best of the Year was not an easy task as 2014 was full of important competitions and remarkable performances from athletes from all over the world.  Nominations were made based on the results achieved exclusively during 2014 at the Grand Prix Series and Continental Senior Championships.  The Grand Prix Final was not taken into account since nominations were made before December.

MasTKD presented different categories, knowing that each of the 46 nominees had sufficient merit to be chosen as “The Best of 2014”, but, you, our loyal readers, had the final word.

The results were the following: 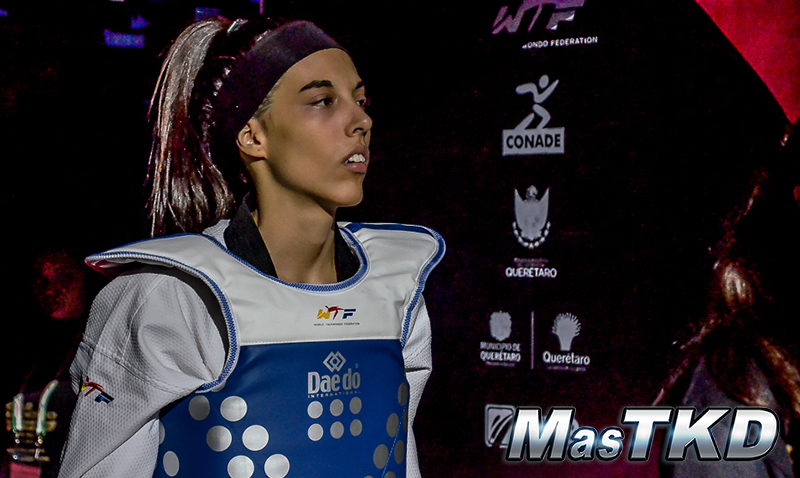 The public vote matched perfectly with her winning record because during last year, she won the European Championships in “Baku 2014” and all the Grand Prix Series. (Suzhou, Astana and Manchester.

Undoubtedly Eva Calvo, in such a short time, made the Spanish flag continues to flutter on the top of the podium. Her most recognized rival, Jade Jones UK, remained in third place. 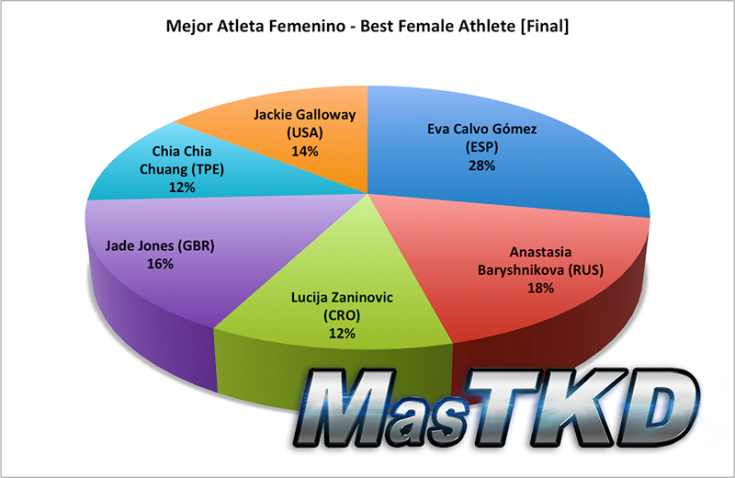 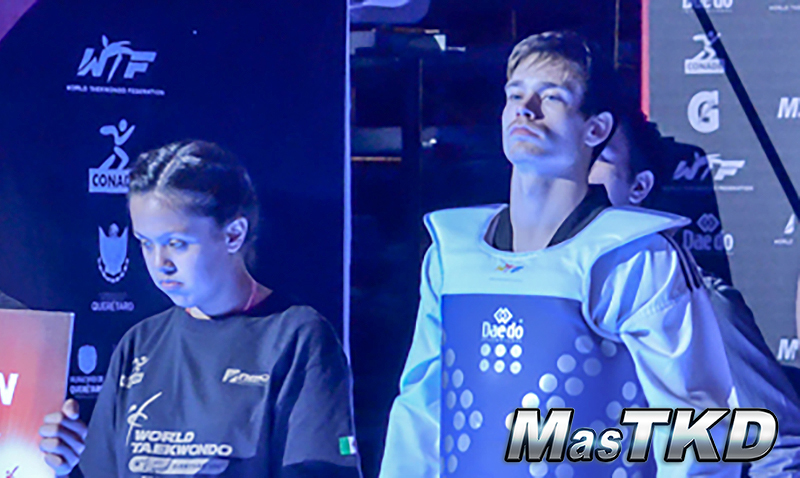 Aaron had a very tough group, with truly amazing athletes with excellent results, but there is no doubt that the public, who likes astonishing and spectacular Taekwondo fights, loves to watch Aaron Cook.

Cook was born in Dorchester, England, UK on January 2, 1991 and today he represents the Isle of Man.  He had a good 2014, because he won his third consecutive gold in the European Taekwondo Championships when he got the gold in Baku.   In the Grand Prix Series, he won the Gold and Suzhou and the Silver in Manchester. 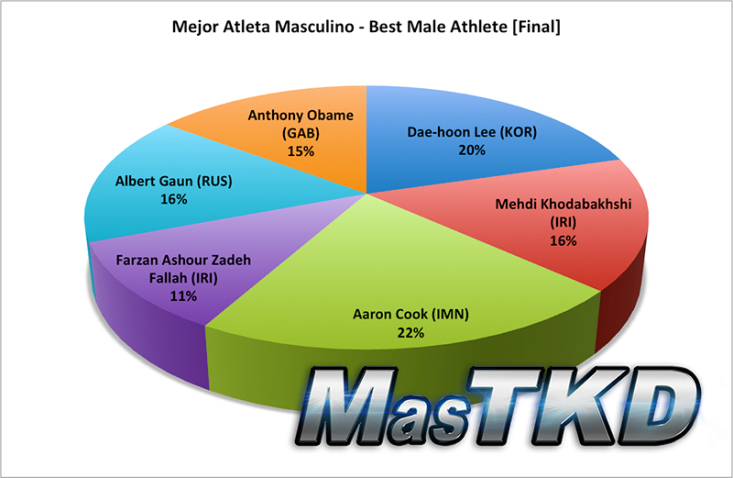 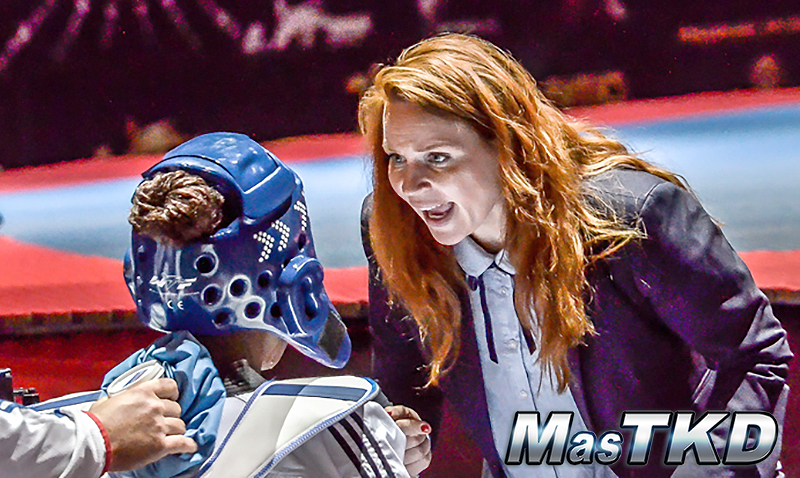 To speak of women’s teams and not mention Myriam Baverel, coach of the France Women´s Taekwondo Female Team is as we knew nothing about Taekwondo for the last ten years, time during which this World and Olympic medallist took charge of the team.

During this election, the public had to choose between great coaches and who was closer since the beginning, was the Turkish Gulsah Kuscu Alonso (Female Coach of the Mexican Team), who was in second place with 20% of the vote, behind the 26% of Myriam. 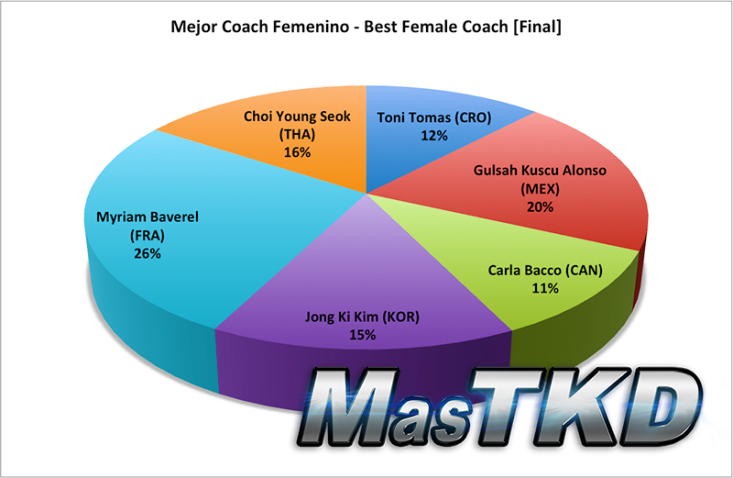 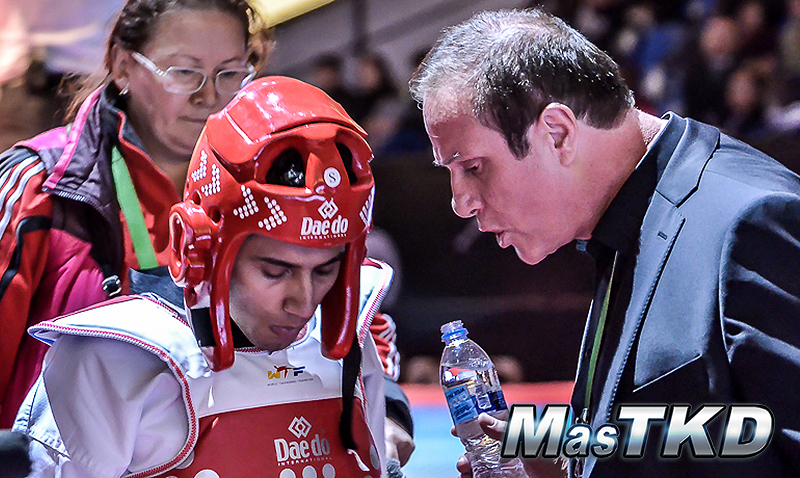 How many years? How many championships?  How many finals? It is impossible to answer an exact number of the times we’ve seen the Turkish coach, Ali Sahin, on the coach´s chair during the past years.  But certainly, he was in this group just for what he did in 2014.

During the time of this voting process, the result of Best Coach Men was one of the most was varying, but finally and definitely well deserved, this award was for the  Turkish with 23% of the vote, closely followed by Young in Bang of Mexico with 21% and Russian Stanislav Khan with 18%. 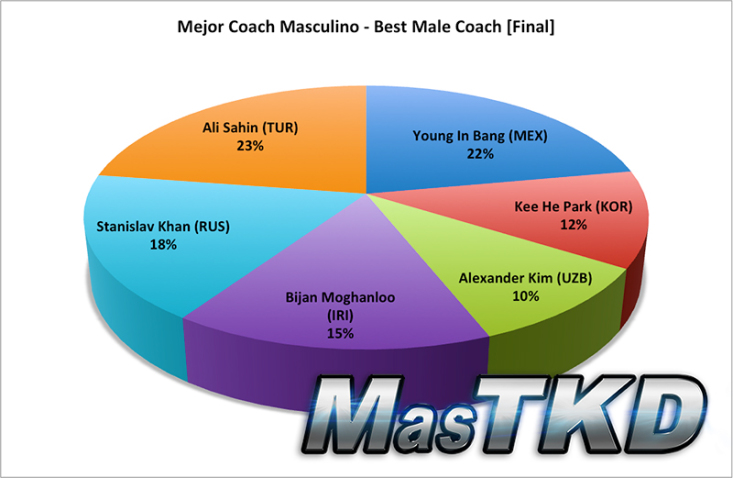 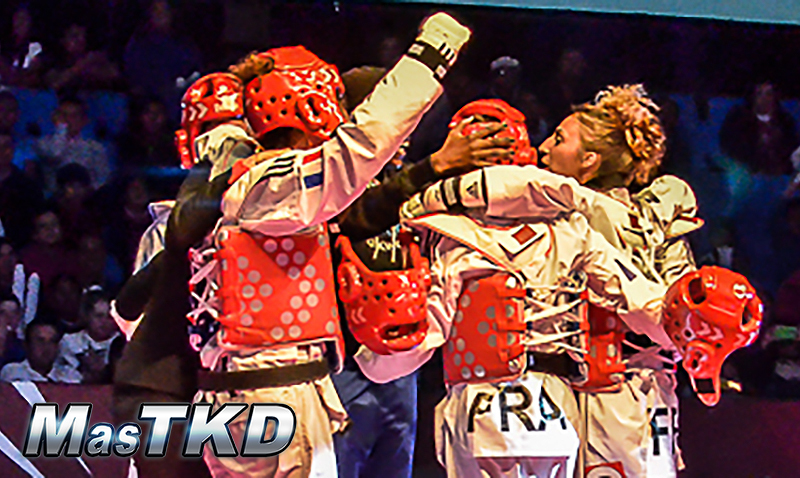 There not much to say about this great team, as we did with the Best Female Coach;   when we think of a great team, it is impossible not to think of France.

The French Team is a spectacular team, when they fight as a team or when they fight individually.  Additionally, they have the “added value” to have Myriam Baverel as their coach.  We can say that France is the quintessential women’s team and 2014 was a great year for them.  People know it ant that is why they got the first position. 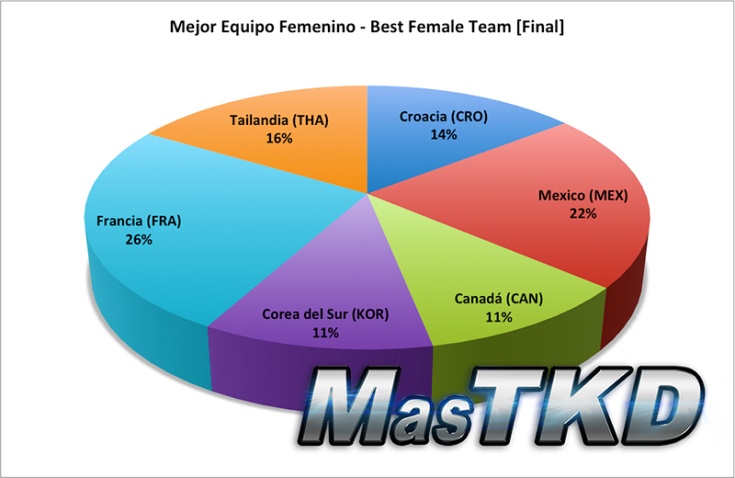 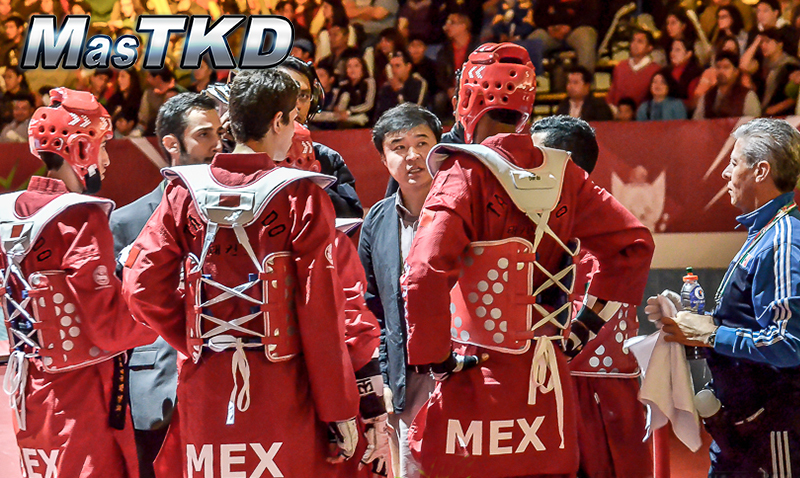 Today, it is practically impossible to speak about Taekwondo and not mention Mexico. In this election, the Mexicans were present in six of the eight categories and and although they did not win in many of them, they were always close to the top.

Similar to the women´s team, the Mexican men´s team dominated the region winning all the events in which they participated throughout the year in America.

Although he faced the best teams of the world in this category, people gave their full support and obtained 25% of the votes, followed by Russia behind with 18%. 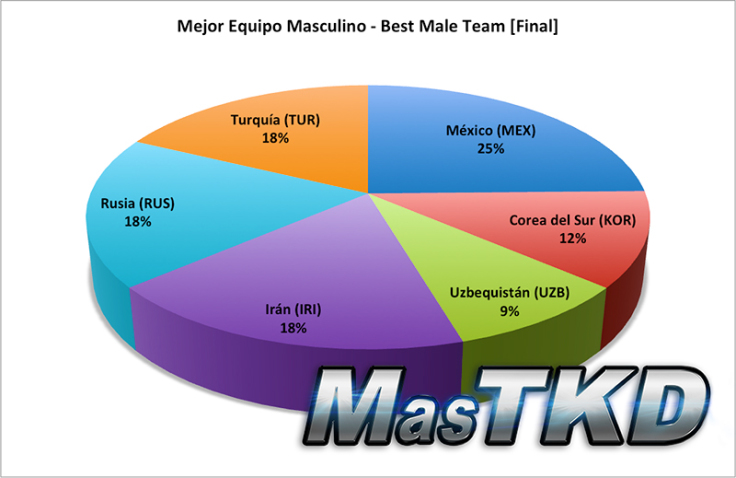 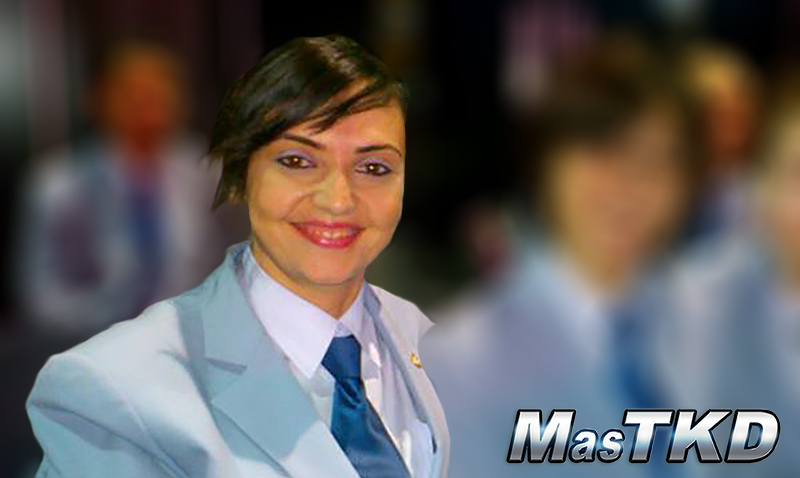 Native of Beirut, with a constantly rising career in recent times, the Lebanon Director of the Referee Commission, had her peak moment when she refereed at the Olympic Games in 2012. Following this important event, she continued to be called to WTF key events such as the World Championships in Puebla, the Qualifying Tournament for Nanjing Youth Olympic Games, several Grand Prix Series and the Para- Taekwondo Championships in Moscow.

Describing herself as “honest, fair and transparent”,  the Lebanese Dib, undoubtedly had an excellent year supported by all voters. 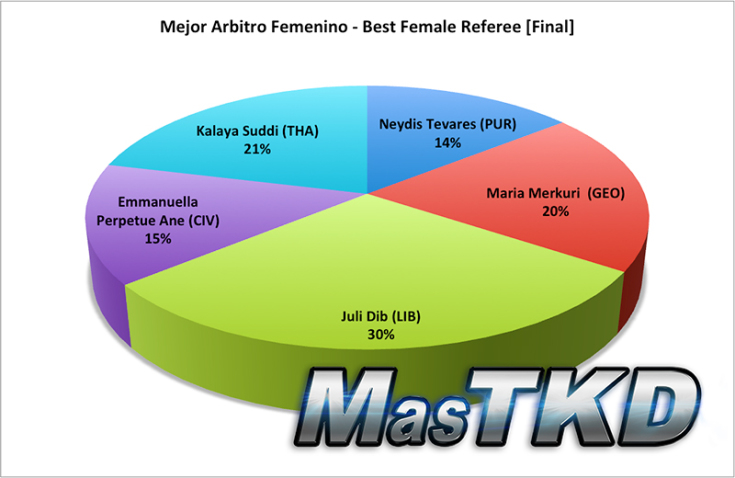 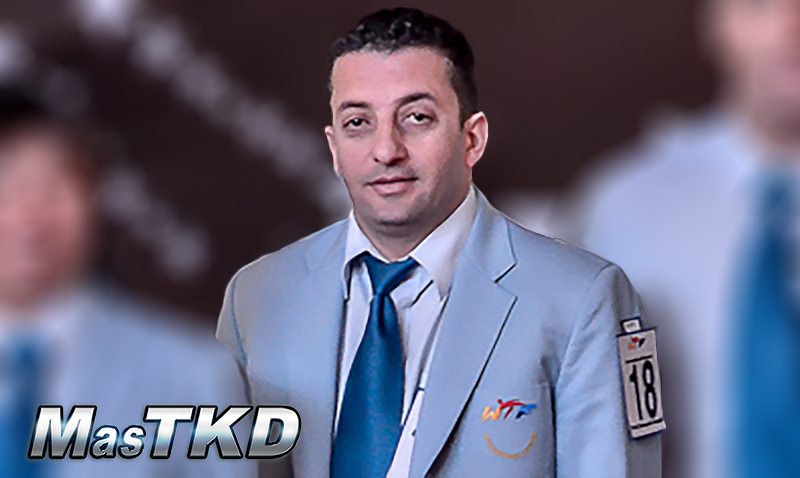 Born in Sydney on April 19, 1976, he is characterized by his determination and efficiency in decision-making; Magableh has been awarded as best referee in major events worldwide, recently recognized with this award at the Para-Taekwondo World Championships held in Moscow in 2014.

Summoned to global elite events such as the different editions of the Grand Prix and the Youth Olympic Games, Maher adds elite competitions to his resume, and he is expected be at the Olympic Games in Rio 2016. 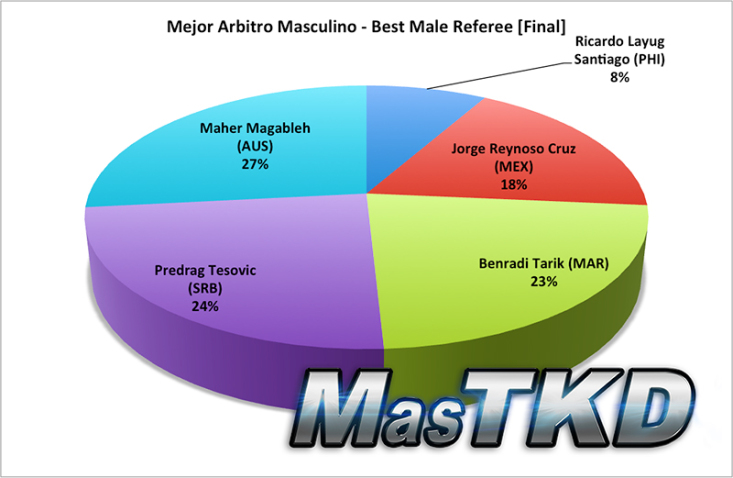 When we launched this initiative, we never thought we would have such an impact and that many countries would launch their own campaigns to support their candidates.  We did not imagine to get such an amount of voters.

To define the big winner together with our readers brings a plus to this awards.  We, the MasTKD team, are pleased to share this pleasant task with our readers.  You, our readers, are already an essential element in this project, which undoubtedly will become the most important awards of our sport.  To the protagonist, themselves (athletes, coaches, referees), it important because they will feel the support and love from the people around the world through each vote.

On behalf of the entire MasTKD Team, we want to convey our warmest recognition to each of the winners and all nominees.  To all the Taekwondo Family around the world, we want to take this opportunity to wish you a great 2015 and we tell you all:  “see you in the next elections in eleven months”.