Welcomed by the International Committee Member and host Nat Indrapana, the 25 members of the WTF Executive Council arrived in Bangkok to approve a number of changes that will benefit the promotion of Taekwondo, making it more attractive, dynamic and interesting for all the sports community. 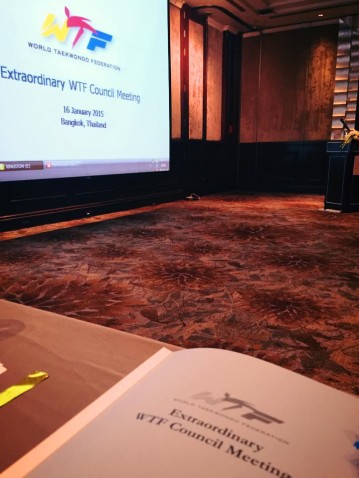 During the meeting, a number amendments were approved, including changes in the Competition Rules as MasTKD had already informed in the article “2015 Competition Rules.  Here the changes”.  There were also changes in  he WTF Ranking Bylaw, the WTF Para-Taekwondo and Deaf-Taekwondo Classification Rules and Regulations, the WTF Statutes and the Bylaws of Dispute Resolution & Disciplinary Actions.

Additional to the above mentioned series of changes, the WTF Council welcomed two new members to the executive council and Kosovo was also included as an official Member National Association.

Important changes that with no doubt seek to safeguard the Olympic Taekwondo status reached with the utmost effort.  The next WTF Council meeting will take place on May 10, 2015 in Chelyabinsk, Russia in conjunction with the 2015 WTF World Taekwondo Championships.

President Chungwon Choue announced the dismissal of Jean-Marie Ayer as WTF Secretary General, stating that this was a very difficult decision for him, but it was necessary to eliminate administrative deficiencies generated between the WTF offices in Seoul and Lausanne.

President Choue said that after this change the WTF must begin to act more quickly and effectively and added that the Swiss office will continue operating.  “The WTF should move forward and make taekwondo a sport more marketable, more accessible to all and achieve good governance”, stated the President in his speech.

Ayer´s dismissal represents a significant alteration in the WTF organizational structure, although Dr. Choue himself said that the now former WTF secretary general will continue a relationship with the WTF.

The World Taekwondo Federation has not disclosed who will succeed Ayer. 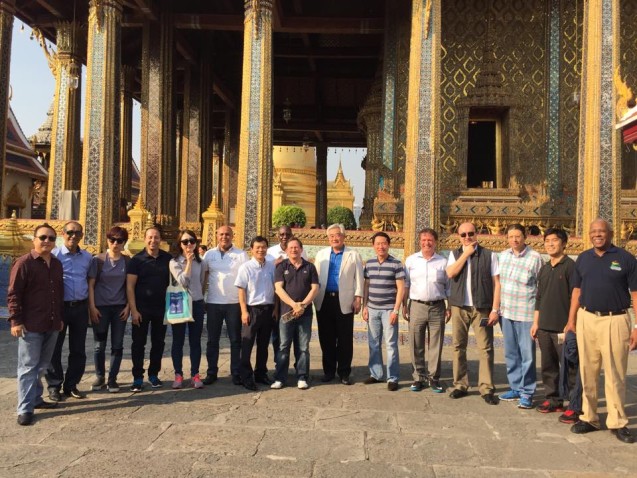 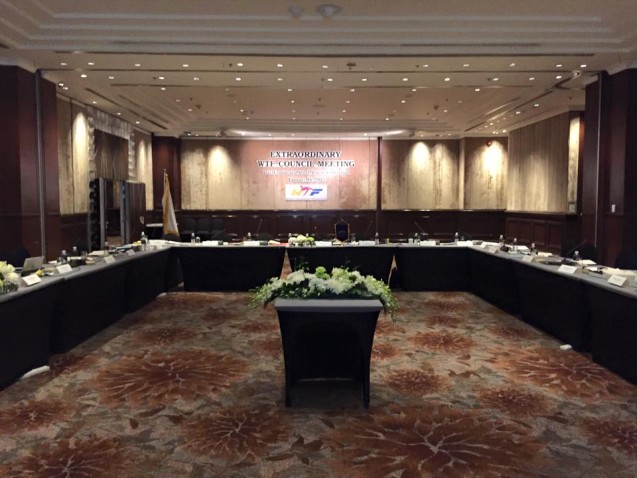