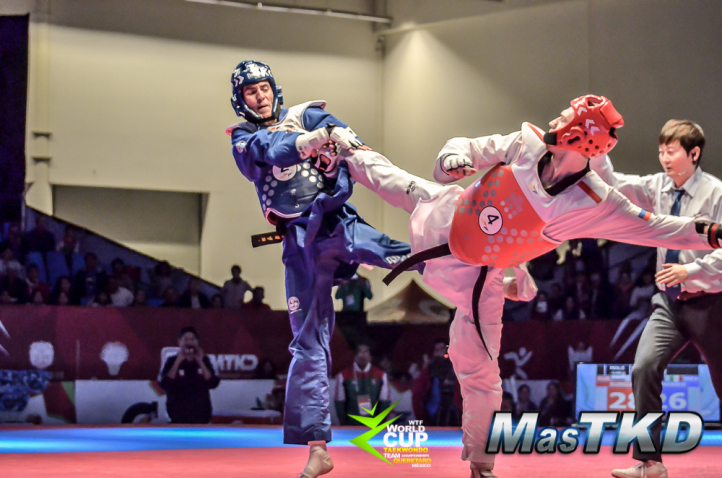 After opening with technical problems, the 2014 WTF World Cup Taekwondo Team Championships closed after a furiously close-fought 29-26 victory for Russia over host Mexico in the men’s category and the wipeout of a game but overmatched Cote d’Ivoire by Korea, 47-25, in the women’s event.

The championships had got off to a shaky start when problems with the electronic scoring system delayed the opening match, between Iran and Mexico. But the day would finish in scorching fashion with a high-scoring, close-fought, see-saw match in the men’s category that may well be remembered in the future as a classic of the taekwondo team fighting format.

With taekwondo powerhouses Iran and Korea both eliminated, the men’s final delivered the war the crowd had been waiting for. On the previous day Mexico and Russia had fought to a 20-20 draw. Now, once again, the icy tactical cool of Team Russia would be pitched against the passion and aggression of Team Mexico.  Russia fielded six men in white, versus Mexico’s five men in blue. 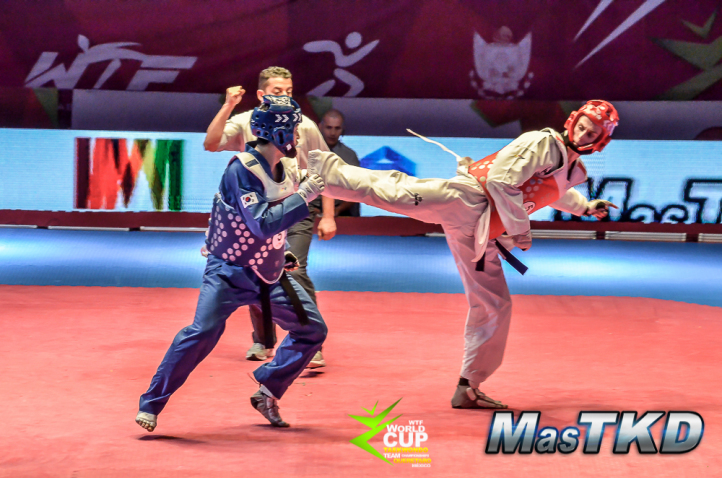 First blood went to Mexico, when Russia was dropped with head kick that did not register on the PSS. After a swift confab of referees, three points were awarded. More headhunting put Mexico ahead 8-0 and the packed stands shook to the clash of thunder sticks and chanting to the backing of Queen’s “We Will Rock You.” But Russia’s professionalism stood this test, and in an aggressive flurry of play, racked up three points, then four, then five then six – generating boos and whistles from the crowd. At the end of the round it, was 8-6 in favor of the hometown boys.

Mexico reopened the scoring early in Round Two 12-7, widening their lead – before Russia struck back with a stratospheric ax kick go the head. Then it was 11-12, 12-12 and 13-13. The Russian fighters were dominating the center of the ring while the Mexicans fought back from the edge of the mats. The pace of the fighting was now so furious, that when substitutions were made, the fighters literally charged onto the field of play and straight into the attack. At the end of the second round, the scoreboard stood at 16-16.

The third round set off at an almost incredible pace with Russia scoring to the head for 19-16. Mexico returned fire, putting the board 17-19, then 19-20 in favor of Russia. Then it was 20-20 and with three minutes still to go, the crowd were going ballistic. Some sweet lateral footwork and a cut kick to the Russian chest protector put Mexico back ahead 22-21. Russia fought forward, to 25-25. In the last minute it was 27-25 to Russia with the Mexicans firing all weapons. A spinning, surging  chain attack forced the Russians off the mats, then the score was 26-28. But a final flurry could not prevent Mexico’s dreams from imploding; the final score was 29-26 to Russia. The delighted Russian lads, hefting a national flag, ran a lap of honor around the arena.

“We believed nothing could stop, us – Russian spirit!” said team member Anton Kotkov after the smoke had cleared. Asked how the team had come from behind in the first two rounds, he said, “The thing was not to be nervous, to make them make the mistakes; we did the thing we do – we did our style!”

The team victory was a double whammy for Russian taekwondo:  Two days previously, Russia had been the only nation to win two golds at the 2014 World Grand Prix Finals in the same city.

In the women’s final, it would be the hunger of Team Cote d’Ivoire against the extensive experience and skill of Team Korea. The Koreans, in blue uniforms, faced the Cote d’Ivorians in white uniforms; both teams fielded six players.

Korea took an early 3-point lead, before some headhunting racked up three fast points for Cote d’Ivoire.  With 30 seconds to go in the first round, it was 5-5 as the African girls found their feet against the obvious favorites. The pace slowed in the middle of the first round with neither team apparently willing to take risks, then Korea again grabbed a narrow 6-5 lead – which was soon shaved down to 6-6. The scoring was then raised again, 6-7, in Korea’s favor.

The second round slowed down but the scoring soon picked up with Korea opening up a significant lead via head kick, 13-9. Some canny moves by the Koreans pushed their score northward, 18-12, igniting some aggressive attacking play by the Cote d’Ivorians, who on two occasions literally chased the Korean girls around the ring. But the Korean team’s skill and experience now began to show. They kept their head, countering  consistently with their high kicks connecting for a bigger and bigger point lead. By the end of the round it was 27-14 in favor of the Korean girls, who had clearly paced the match brilliantly.

Going into the third round, the Cote d’Ivorians had a lot of ground to make up but they stayed game, fighting hard. Yet the experience of the Koreans could not be denied; they raised their lead 31-15 in the opening 20 seconds. The excitement was reignited with some fast personnel changes; by now, the Cote d’Ivorians were up and charging into action as soon as their feet hit the fighting platform. But Korean skill was equal to Cote d’Ivorian challenge; the Korean girls’ timing and kick placement was close to perfect – at one point Korean even landed ax kick onto the crown of the opponent. By the last minute it was clear that only a miracle would change the result. Final score: 47-25 for Korea.

Korea female team coach Chang-geon Lee said, “All the athletes on our female team are experienced. In the first round we were on similar points, but in the latter rounds we got so far ahead because of our tactics: We knew when to replace and we had analyzed the other teams’ skills.” 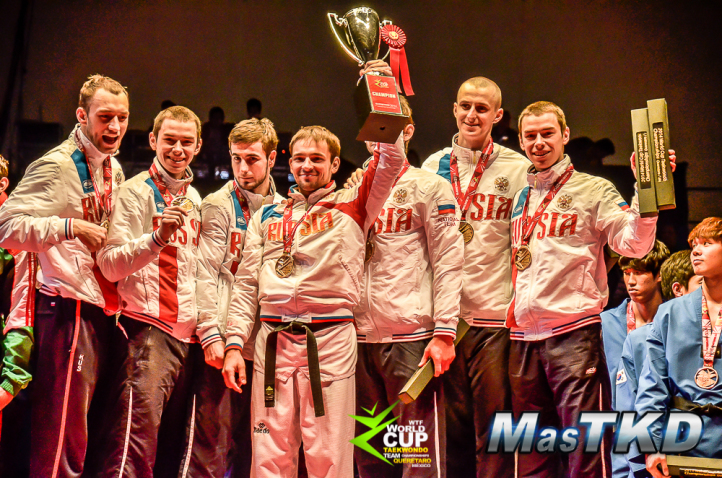 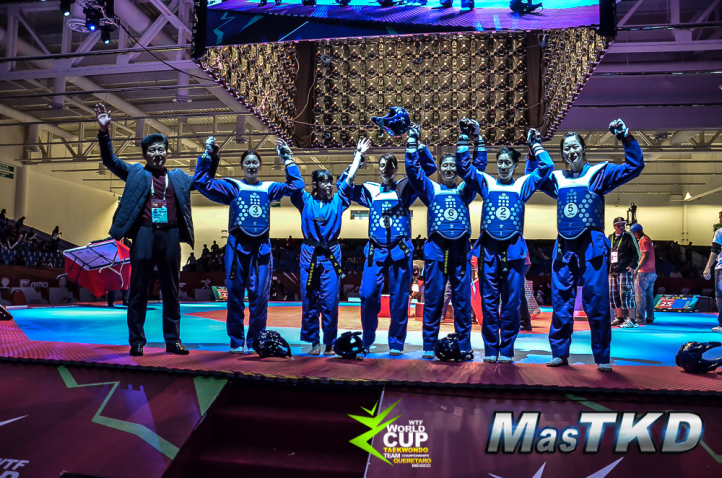