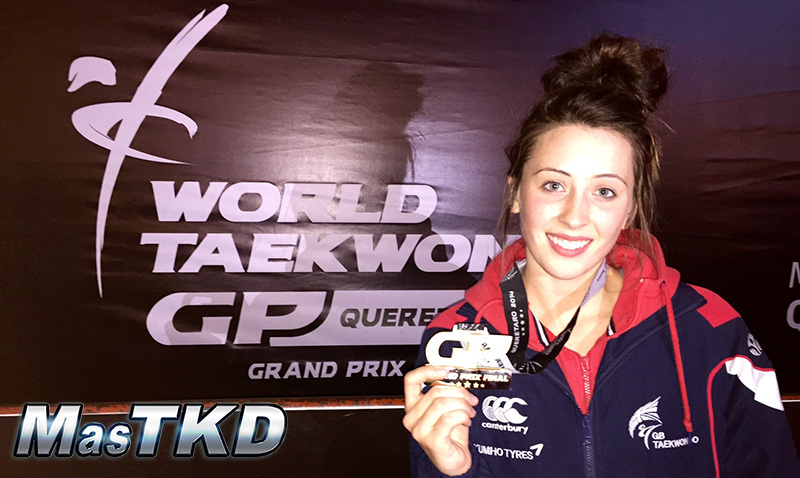 The accolade tops off a superb 12 months for the 21-year-old Welsh star recently voted World Taekwondo Federation Female Player of the Year.

“It’s always nice to collect awards and this one is especially pleasing because there were so many good candidates in the GB Academy set-up,” said Jones, who finishes another successful 12 months ranked second in the world.

“I have had my near misses this year but I have always trained hard and knew the rewards would come eventually. So, I am happy with the progress I am making, especially with the Rio Olympics only 18 months away.”

With nearly 30 full-time fighters training at the GB Academy in Manchester, management and coaches have implemented inaugural Player of the Year awards for Juniors and Cadets.

Super Stones, 16, a product of Liverpool Taekwondo Academy-another GB talent club-showed why she’s tipped for the top. The highlights of a brilliant year saw her become World Junior champion while also claiming a bronze medal at the Youth Olympic Games in Nanjing, China.

Londoner McNeish came into WTF style taekwondo from a kick-boxing background but he is already making great strides. He claimed a senior Commonwealth title in Edinburgh back in November and like Stones returned from the Youth Olympics with a bronze medal.

Limbu Lingden, aged 12, is the youngest Player of the Year. Her crowning glory in 2014 was a silver medal at the first ever World Cadet Championships, losing in the final to Chinese Taipei’s Guan Jie Wu.