When Mexico began the preparations for the Grand Prix Final, they had in mind that this edition would mark the history of Taekwondo, making Taekwondo a more appealing sport to the general public and turning into reality the WTF ´s idea:  to create national idols.

Undoubtedly, the WTF was right to grant Mexico this Grand Prix edition, as Mexico has shown great expertise and a huge organizational leadership to turn events into great success…so the success, at this respect is guaranteed. 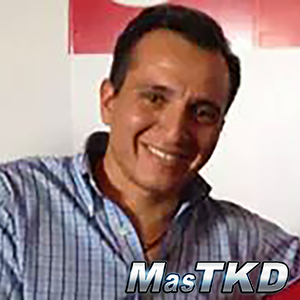 “This event was thought so that the public identify and meet the athletes; it will be something revolutionary.  We will leave behind the protocols to which we are used to, starting with the opening ceremony, it will not be as solemn as usual, but instead will be more focused on a show” said Gabriel Ramos, Head of the Organizing Committee.

The changes will include the way the athletes go to the competition area; they will walk on LED screens that will show the athlete´s country´s flag and a 360-degree individual screen which will announce athlete´s career highlights.

“Everything is designed for the audience, so that they have a different idea of Taekwondo” Ramos continued.

For the awards, there will be also something new:  the winners in each category will receive, in addition to the check and the award, a “Black Dobok” a sign of leadership in their weight category.

Between each combat, there will be short shows to maintain the public´s attention and mood high.

It is also the first time a fully octagonal area will be used; not only the interior, as it has been used, but the complete area will have eight sides.

The area will be completely clean, only competitors and the central referee will be in the competition area. Corner referees and coaches will be placed in a way that they do not obstruct public´s view.

In addition, each coach will have a monitor next to his chair where he will be able to watch the combat and he may need to request a replay video. The headset will be used for a better communication.

“This competition will include production and technology as it had never been used before in Taekwondo” concluded Gabriel Ramos exclusively for MasTKD.