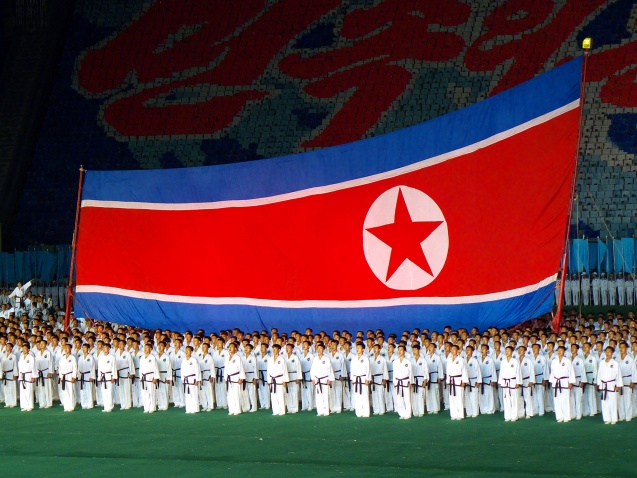 Lee Young-guk guarded “Dear Leader” for 10 years until he took over the hermit kingdom, he told CNN, but his intense martial arts training rendered him nothing more than a showpiece.

“It’s tough training,” Lee told the network. “But why do it? It’s to build up loyalty. A handgun won’t win a war and taekwondo serves nothing but the spirit, but it creates loyalty.”

But it, like many other things behind the iron-fisted rule of the dynastic Kim dictatorship, is all for show.

The training was but one of many aspects of proving loyalty to the despot.

Thousands, if not millions, were brainwashed into thinking their rotund oppressor was a god, Lee recalled to CNN.

The living deity’s mind could change in moments, from giving away gold bricks to meting out death sentences, according to Lee, who said Kim had “two faces.”

“When Kim Jong Il would arrive in his vehicle, 60- to 70-year old advisors would run away and throw themselves onto the grass. They had dust on their clothes but they wanted to hide from him,” Lee explained.

“They are scared because even when he was happy he would be rude and could chop off their heads.”

A senior official who used the autocrat’s private elevator and ashtray was condemned to a concentration camp where he died a slow, painful death, according to Lee.

Lee himself was sent to a slave labor camp trying to escape the North, but somehow escaped his likely death sentence and lives in South Korea working as a duck farmer and political pundit.

He feels that Kim Jong Un is actually worse than either his father or grandfather Kim Il Sung, who founded the autocracy.

“Kim Jong Un ended up killing his uncle, who even Kim Jong Il could not kill,” Lee told CNN. “As power was handed down to the third generation, it became crueler”.

“Kim Jong Un has created loyalty, but it is fake and based on fear.”