As published by MasTKD, the World Taekwondo Federation sent the invitations to the 16 best teams.

Invitations and choosing these 16 teams was based on their positions at the world championships held in Puebla last year.  If any of the teams do not confirm their participation, the invitation is open to all national associations  and those who are interested  should submit the relevant application to WTF, and the Technical Delegate will decide which team will be accepted.

Below we transcribe the details of the competition as sent by the WTF:

2014 WTF World Cup Taekwondo Team Championships are G-2 ranking event. The following ranking points per male team and female team respectively will be given to all athletes of the team that has advanced to 5th placed teams or above. The ranking points shall be awarded to the athlete’s regular weight division. To obtain ranking points, an athlete must compete at least once during the tournament.

The total weight of 5 athletes shall be 365kg or less.

The total weight of 5 athletes shall be 310kg or less. 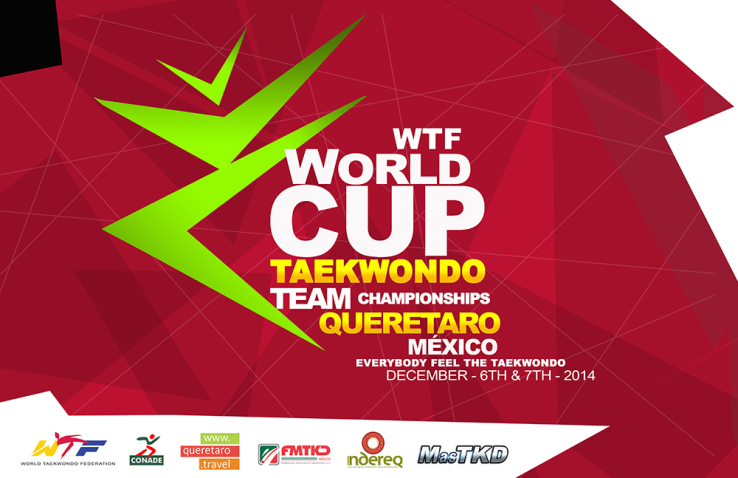