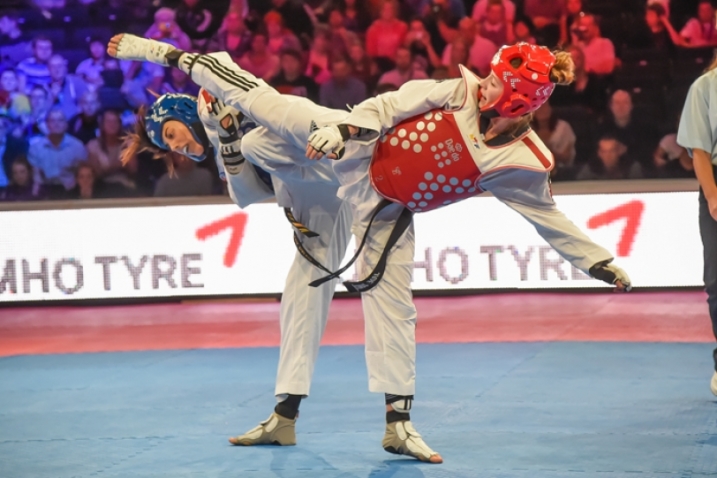 In the women’s -57kg final match, Spain’s Eva Calvo Gomez needed a fourth golden-point round to win the gold medal against Great Britain’s Jade Jones. The two were tied at 4-4 after the regular three rounds. Eva also received a top prize money of $5,000.

In the men’s -68kg final match, Korea’s Dae-hoon Lee came from behind to beat Belgium’s Jaouad Achab 15-14 for the gold medal and a top prize money of $5,000. Lee’s successful kick to the head of Achab just one second before the final whistle of the third round earned his country the gold medal.

The bronze medal in the male category went to China’s Jiannan Huang and the United States’ Mark Lopez.

A total of 236 athletes from 56 countries competed for top honors at the three-day Manchester Central Convention Complex in the Manchester Grand Prix event, which featured PSS (protector and scoring system) head gears, or e-head gears for the first time at the WTF-promoted event.