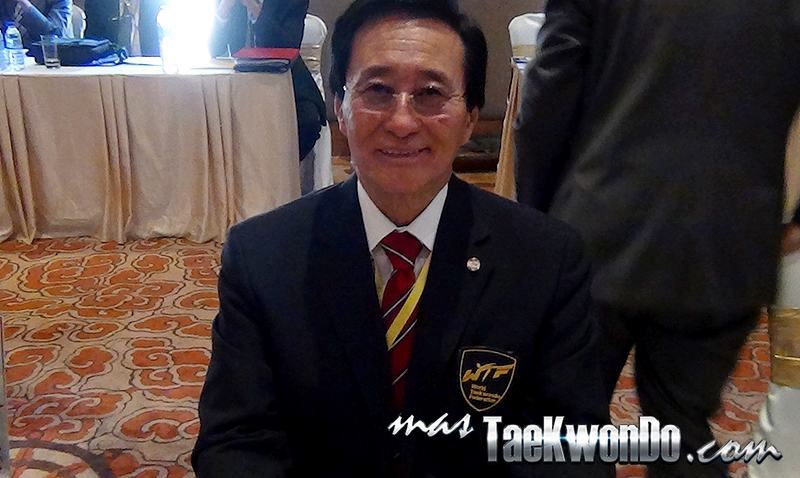 “Taekwondo had no name. It was only known as ‘Korean karate’ at that time,” Moon Dai-won, chairman of technical committee of the World Taekwondo Federation, said in an interview. “I wanted to prove that taekwondo is a better martial art than karate and all others.”

Moon, now 71, founded Mexico’s first taekwondo school “Moo Duk Kwan” one year after he had arrived in the country in 1968. He won the U.S. Martial Arts Championships three times in a row from 1964 to 1966.

“I did not know that I would settle down here. My initial plan was to live in the United States after graduating from Texas Tech University with a degree in architecture. But the fateful visit changed my life,” he said.

“Even from a business perspective, I thought teaching taekwondo here was the right choice,” Moon said. “But what really captured my mind was their character. People were very friendly and family-oriented. They were very similar to Koreans in some ways. So I immediately felt a strong attachment to Mexico.”

Moon’s taekwondo journey began when he made a life-change decision to study in the United States in 1963 after getting into Kyung Hee University.

Only six years after the establishment of “Moo Duk Kwan,” Moon’s students participated in the 1975 World Taekwondo Championships to take the third place with two silver medals and one bronze.

Then he returned to Korea after a long absence. But the trip only assured him that Mexico is the country where he would like to live for the rest of his life.

Moon continued to teach taekwondo with all of his heart and soul.

“What I really like about teaching taekwondo is that the sport can change people and their lives profoundly,” Moon said. “And it actually did change many of my students.”

Taekwondo’s popularity grew steadily in Mexico; and so did his students’ performances. And at the 2008 Beijing Olympics, Mexico won two gold medals to take the second place after Korea with four gold medals.

After launching a taekwondo event the “Moon Dai-won Cup” in 1983, Moon also started the sport’s first professional league “K-5” in 2011.

But that does not mean that Moon forgot about his home country.

Before the “K-5,” both Korean and Mexican anthems are played. His students have their Korean names written on their uniforms. When training, they strictly follow Korean etiquette.

He said he wants to promote taekwondo and its spirit by establishing professional leagues worldwide.

Perhaps his dream is too modest compared to what he achieved here.