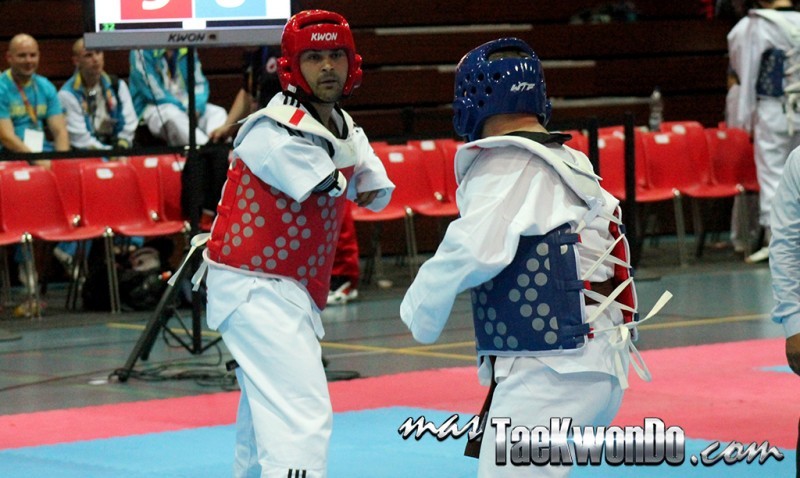 Taekwondo is enjoying growing popularity as an event at various international sports competitions, including the ongoing Incheon Asian Games, but World Taekwondo Federation Choue Chung-won seems to have loftier ambitions for the martial art ― to enable more people to enjoy the sport regardless of the physical challenges they endure.

“My biggest goal this year is to see para-taekwondo included on the 2020 Tokyo Paralympics program,” Choue said during a recent interview at the federation’s headquarters in Seongnam, Gyeonggi Province.

The organization’s effort under the leadership of Choue led to taekwondo being named last year as one of 25 core sports of the 2020 Olympics in Tokyo, but Choue believes that para-taekwondo also deserves equal recognition.

A presentation is scheduled at the International Paralympic Committee (IPC) Governing Board meeting in Berlin on Oct. 5 to discuss which sports should be included in the 2020 Paralympics among 24 contenders.

The IPC Governing Board will then make a final decision in Abu Dhabi, UAE between Jan. 30 and Feb. 1.

Nothing has been decided yet, but Choue is hopeful and explained why.

“The physically challenged tend to be affected by not only physical disabilities, but also psychological problems such as lack of confidence,” Choue said. “By learning and practicing taekwondo, one can not only build physical strength but also gain confidence.”

His strong belief in the power of Para-taekwondo and his desire to include it in the Paralympics came after he met a teenage Turkish girl who competed in the World Para-Taekwondo Championship at Baku, Azerbaijan, in 2009.

“After her first competition, she cried and told me, ‘I started taekwondo for my health, but I never thought I would be able to represent my country as an athlete. I thank you for offering me this opportunity,'” he said.

Choue stressed that giving the disabled a chance to practice the martial art, or even to represent their country, is one of the biggest gifts that the sport can offer. He also referenced another example ― Ukranian Viktoriia Marchuk, the champion in under-49 kilogram division in the World Para-Taekwondo Championships this year.

Choue said that she looked depressed at her first competition, “But year after year, she became so delighted.”

The organization has successfully held five World Para-Taekwondo Championships since 2009, and the most recent was in Moscow this year, where a record 111 athletes from 37 countries competed.

“What is left is giving Para-athletes the hope of representing their country and helping them achieve their dreams,” Choue said. “I believe that our efforts will further help promote the Paralympic movement.”