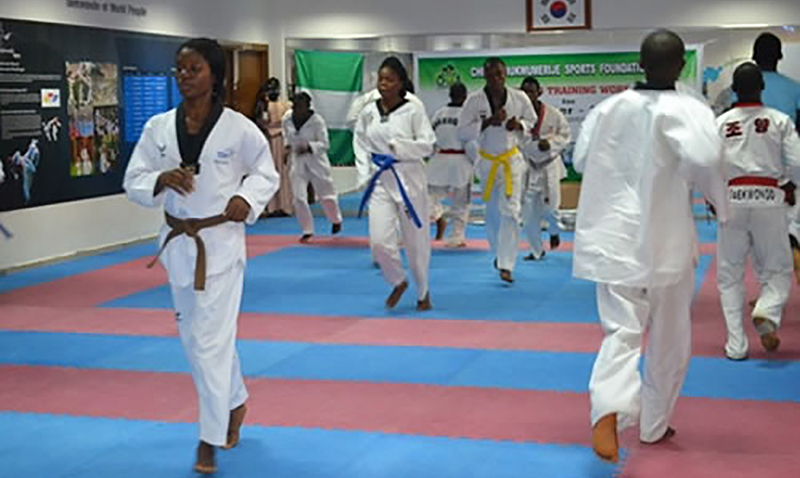 The tournament is also part of efforts by the Commonwealth Taekwondo Union (CTU) to strengthen taekwondo’s bid to be included on the programme of sports for the 2022 Commonwealth Games holding either in Durban, South Africa, or Edmonton in Canada.

Ashiru, who is also the vice-president of CTU was excited, saying that the long years of Nigeria from the competition may have affected the country’s rating among the Commonwealth nations but he however expressed optimism that Nigeria would make its presence felt in Scotland come November.

Having received enormous support from the National Sports Commission (NSC) to prosecute of its programmes, the NTF boss is hopeful that the commission would surely back the team in its quest to make Nigeria proud in the competition.

“We want to continue to thank NSC because during the Glasgow Commonwealth Games camping, our athletes were also part of the exercise and this alone has confirmed that the commission would continue to support us. We are hopeful to be in Edinburgh as the athletes are yearning to return to action again as this competition will also help them to garner points,” he said.

Meadowbank Stadium in Edinburgh will host the 500 taekwondists from the 64 Commonwealth federations at the two-day tournament on November 15 and 16.

The Championships will feature Kyorugi (fighting), Poomsae (a defined set of movements incorporating blocking, kicking and striking techniques) and, for the first time, Para-taekwondo.

The biennial competition is expecting large national teams from Canada, Australia, New Zealand, Pakistan, India and Malaysia, as well as the host nations.

He added: “I’m looking forward to welcoming the national teams from around the world to the capital this winter for what promises to be an unforgettable event.”

The first Commonwealth Taekwondo Championships were held in Brisbane, Queensland, on 14 and 15 October 2006. The host was Taekwondo Australia.