Held at the Nanjing International Expo Centre, the competition began with a masterful display by Iran’s Mahdi Eshaghi in the -48kg category.

The 16-year-old was in supreme form throughout the day, overcoming Thailand’s Tawin Hanprab 20-12 in the quarter-final before powering to a 16-0 defeat of France’s Stephane Audibert in the semis.

Waiting for him in the final was Chinese Taipei’s reigning -48kg world junior champion Wang Chen-Yu, though the Iranian was far from overawed, and cruised to a 17-9 win.

As he later explained, sport runs in Eshaghi’s family, even if he has chosen to branch out in a new direction: “My father, Ali, was a volleyball team member at the Sydney 2000 Olympic Games, but taekwondo is my favourite sport.”

Though thrilled to take gold, the champion was content to leave the celebrating for later. “I am heading for my bed,” he said.

The bronze medals went to Audibert and Germany’s Daniel Chiovetta, who fell to Wang in the semi-finals. 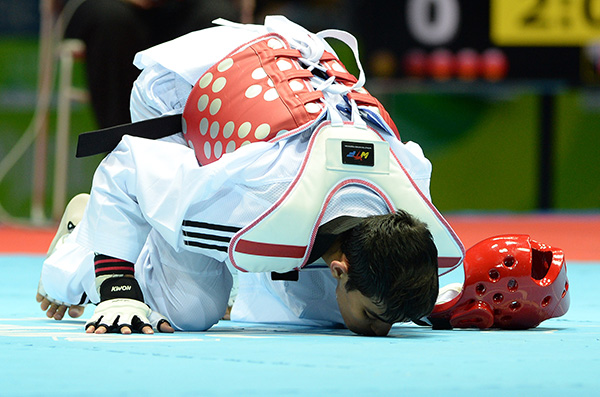 The following day was one to remember for Chinese Taipei, with Huang Huai-Hsuan winning gold in the women’s -49kg category and Huang Yu-Jen making it a double for the Asian nation by landing the men’ s -55kg crown.

“I’m very happy for my family and for my coach to have won,” said a delighted Huang after his 7-2 defeat of Republic of Korea’s Joo Donghun. “I was nervous in practice but I trained quite well and so I told myself I should not be so nervous for the competition.”

Thrilled with his performance, officials from the Chinese Taipei delegation presented their champion with a certificate and a gleaming new smartphone. 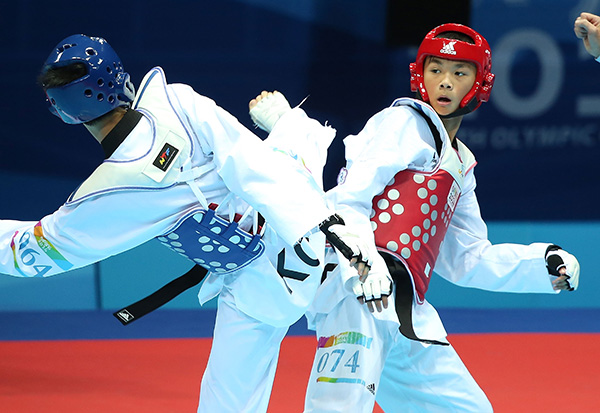 Two years after almost giving up the sport, Brazil’s Edival Marques Quirino Pontes completed a remarkable turnaround in his fledgling career by winning gold in the -63kg.

Victory did not come easy for Pontes, however, with Mexico’ s José Rubén Nava Rodríguez pushing him all the way before going down 7-6.

Pontes held a narrow lead going into the third round only for Nava Rodriguez to level the score at 6-6 with just two seconds to go. Yet there was still time enough for the Brazilian to deliver the decisive kick and clinch the gold medal, though he was made to wait for it after the Mexican coach lodged an appeal, claiming that the winner should have been penalised for an infringement.

“It felt like time stood still in the last few seconds,” said the 16-year-old Pontes, the reigning junior world champion. “I was praying for the appeal to be thrown out. They were the toughest moments of my life.”

The Brazilian teen nearly quit the sport in 2012, having failed to make the national team two years in a row. “It was so difficult, I was so young and did not know what it is like to lose,” he said.

He stuck to his task, however, and finally earned selection in 2013, since when he has never looked back.

The bronze medals in the category went to Great Britain’s Christian McNeish and the Netherlands’ Nabil Ennadiri. 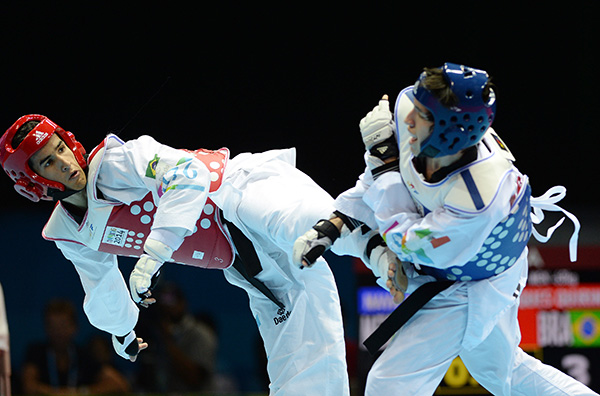 Guliyev on top of the world

Azerbaijan’s Said Guliyev fought back from 2-0 down in the first round to beat Germany’s Hamza Adnan Karim in the men’ s -73kg final. Taking control of the bout after landing a head kick at the start of round two, Guliyev went on to win 10-4, securing his country’ s first ever gold medal in the sport.

“I cannot tell you my emotions,” the gold medallist later said. “You have to become a champion in order to understand these emotions. I am now the happiest person on Earth. I was happy to be in the final but I had to get the gold. Azerbaijan never won [Olympic taekwondo] gold medal, so I made history.”

Speaking after his third straight defeat to Guliyev, a disappointed Karim said: “It started very well, but unfortunately I was not able to take home the gold. I am glad to have the silver, but I really wanted gold.” 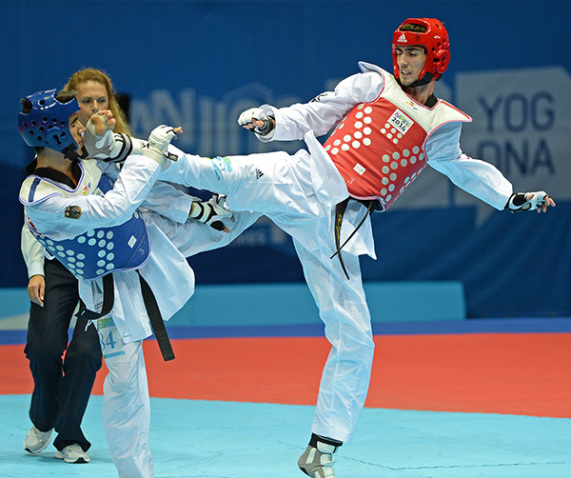 France’s Yoann Miangue was the star of the final day of the taekwondo competition, beating Ukraine’s Denys Voronovskyy to the gold in the men’ s +73kg final.

The big Frenchman made use of his height advantage to take an early lead, and eventually ran out a 6-4 winner to add the YOG title to the bronze he won in the -78kg category at the 2014 World Junior Championships.

Miangue reached the final courtesy of a dramatic, sudden-death defeat of China’ s Liu Jintao in the semis, with Voronovskyy joining him after overcoming Turkey’ s Talha Bayram, sweet revenge for his defeat to the same opponent in the qualifying competition. Jintao and Bayram had the consolation of taking away bronze medals. 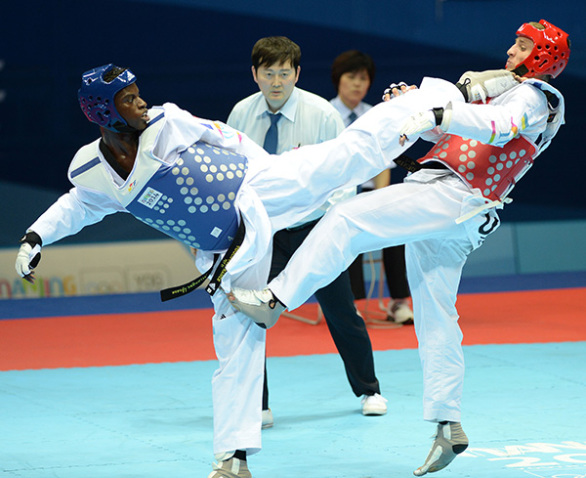