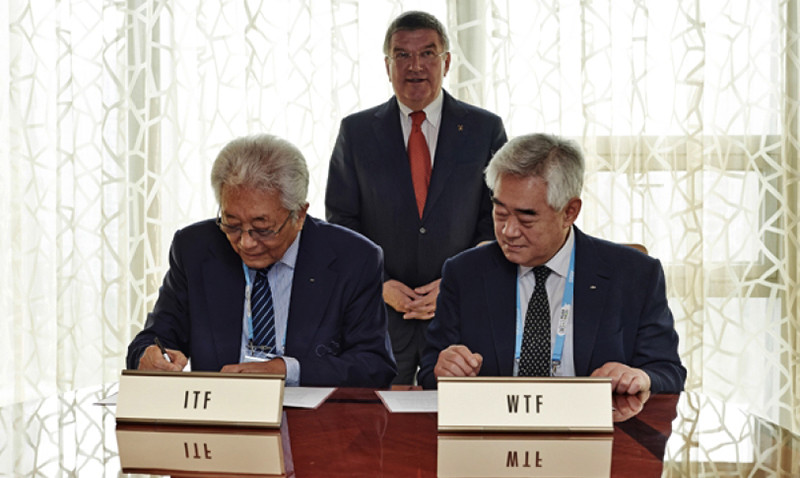 This meeting was intended to cooperate in the promotion of Taekwondo in the presence of IOC President Thomas Bach.

This agreement opened the opportunity to discuss focusing on how to work together for the development of Taekwondo in the world.

From there on, there was speculation about the fact that  this would mean the merger of the two organizations.

In the letter Dr. Chou says:  “Please be informed this Memorandum of Understanding is not an agreement on the merger of two organizations, WTF and ITF, in any form”

“This MOU acknowledges our existing practice of having an open-door policy to participation of all athletes. This remains subject, of course, to those athletes fulfilling the requirements of the WTF Competition Rules and Interpretations, and other competition-related regulations.

As the sole governing body of Olympic taekwondo, part of the WTF’s mission is to promote, expand and improve worldwide the practice of taekwondo in light of its educational, cultural and sports values. Governance of Olympic taekwondo by the WTF and its member national associations remain unchanged.

“There are still many issues to be resolved between the WTF and the ITF before the principles of the MOU can be fully realized. But this MOU serves as an important stepping stone toward fulfilling the vision of the Taekwondo Movement!” said Choue in the letter.