World number two Lutalo Muhammad admitted losing in front of the home fans in Manchester made missing out on defending his World Taekwondo Grand Prix title all the more galling.

Muhammad arrived in Manchester full of confidence as the reigning -80kg champion, not to mention having won bronze at London 2012. However he was defeated 8-7 by Iranian Masoud Hajizavareh in the dying seconds of his second round match in a surprise result.

And while he is determined to improve next time out, Muhammad was disappointed not to be able to put on a better show for his home fans. “It’s fantastic fighting at home which is what makes this defeat all the more painful,” he said.

“It hurts and it is very disappointing not to give the home crowd the victories that I think they deserve for coming out and supporting us”.

“The good thing is I can only go up from here. I will go back to the drawing board and be better next time.” 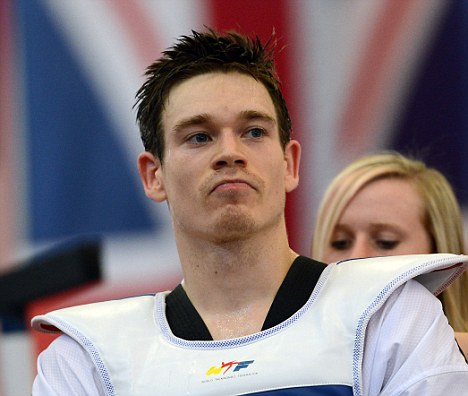 Muhammad’s arch rival Aaron Cook was the best of the British based athletes in the -80kg division as he claimed silver behind Iran’s Mahdi Khodabakhshi. The world number one reached the final thanks to a spectacular kick which knocked out world champion Tahir Guelec in the first round of the semi-final.

Although he was disappointed to have fallen at the final hurdle the Manchester-based fighter paid tribute to his Iranian conqueror. “I tried my heart out but he’s an absolutely fantastic fighter,” said a respectful Cook, whose stunning kick to poleaxe Guelec was the highlight of a memorable day.

“It was out of nowhere. He surprised me with an early headshot and I was 4-0 down, when my plan was just to go in there and suss him out for the first 20 seconds really,” added Cook.

“I am better than that opponent and I should have won by a few but I was just a bit complacent at some stages,” said Sansum.

“I am not going to get disheartened; I will be straight back to training and then medal in the next few tournaments to finish the year out.

“The team is well we are still training hard and I think in the next tournament in Mexico we will put on a show and I think we will get what we deserve.”

World champion Guelec also beat Sansum’s compatriot Andy Deer in round one on a difficult day for the home fighters as Asia Bailey and Feyi Pearce lost in the second round of the women’s -49kg and men’s -58kg competitions respectively.

Trailing 4-0 within the opening exchanges to the German, Cook responded with a ferocious reverse kick, which struck Guelec on the chin.

He fell to the floor, but recovered sufficiently to congratulate the Isle of Man fighter. 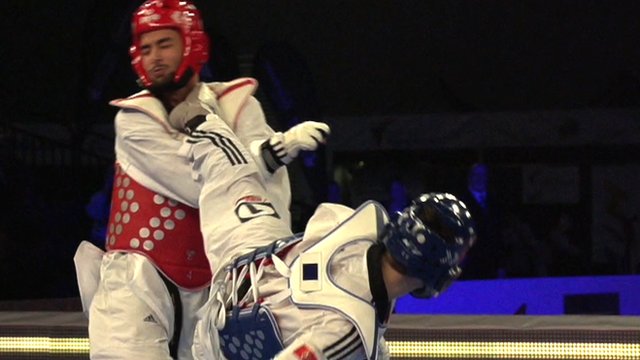