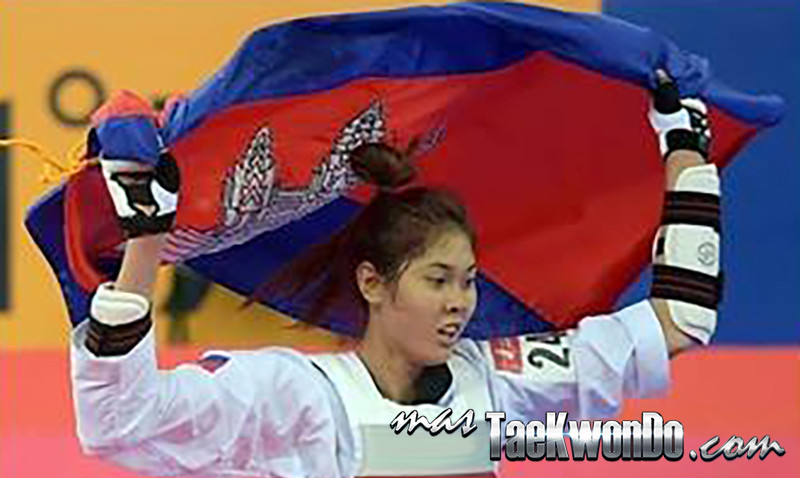 The 19-year-old Cambodian, a SEA Games gold medalist in Myanmar last year, stormed back from a three-point deficit in the first round to command the next two and emerge a 7-4 victor of the final against Fatemeh Rouhani of Iran.

Seavmey will return home tomorrow night with the glorious glow of a gold, Cambodia’s first in its 60-year history of participation at the quadrennial competition, hanging around her neck.

She can also expect to cash in on the Government’s subdecree, which rewards athletes for success at international sporting competitions.

According to the subdecree, a gold medalist will receive 80 million riel ($19,600) from the government. Seavmey is also set to bank additional sums from official sponsors such as Angkor Beer and NagaWorld.

Cambodia’s flag bearer at the opening ceremony had earlier showed scant regard for her quarter-final rival Umida Abullaeva of Uzbekistan’s imposing record as the 2012 Asian Championships winner and recent Nanjing Youth Summer Olympic silver medalist, in a fight she dominated start to finish to seal on points 29-7.

With the full-throated chorus of support from the entire Cambodian contingent spurring her on, Seavmey used her impressive height to score vital points against Abullaeva, who had struck a confident note in her 4-0 pre-quarter final win over Feruza Yergeshova of Kazakhstan.

With a historic podium place guaranteed, Seavmey then faced the imposing figure of Filipina Kirstie Elaine Alora for a place in the gold medal match.

Seavmey commanded the first two rounds, jumping to a 6-1 lead. The Cambodian held on through a nervy last round to secure a 6-5 victory and avenge her older sister Davin’s loss to Alora in the gold medal match of the over-73kg women’s event at the 2013 SEA Games.

Sorn Davin was also in the hunt for a medal in Incheon yesterday, but succumbed to a comprehensive 8-1 points defeat by Iranian Akram Khodabandeh in their women’s over-73kg quarter-final.

Cambodia was forced to stay out of the Asian Games between 1970 and 1994 surrounding the brutal reign of the Khmer Rouge regime.

“This is an incredibly big prize for Cambodian sports. It is not just that our long and frustrating wait for a medal is over, it is also the start of a new chapter in our history,” National Olympic Committee of Cambodia secretary general Vath Chamroeun said. 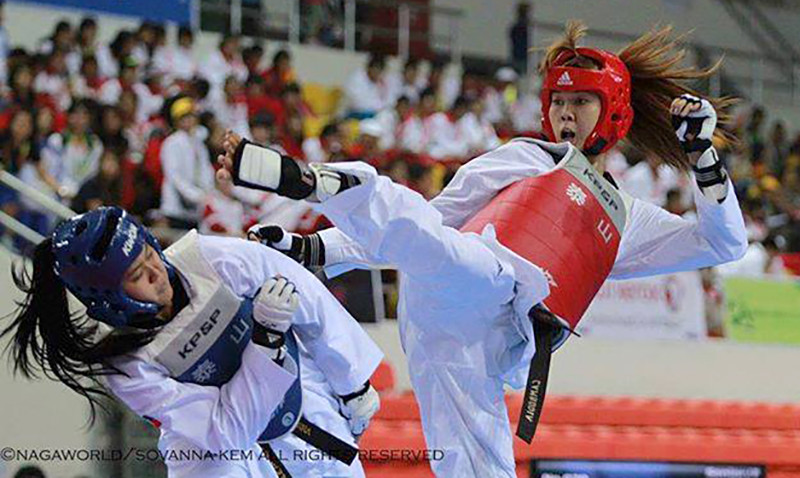