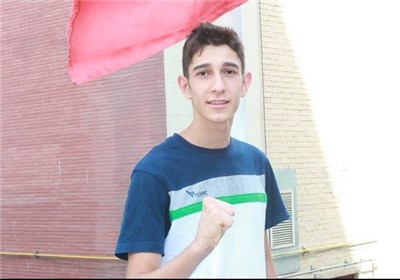 Ashourzadeh defeated Nursultan Mamayev  from Kazakhstan 7-4 at the Ganghwa Dolmens Gymnasium and claimed the gold medal.

“I am happy to win Iran’s 20th gold medal in the Asian Games. My medal belongs to all Iranian people and taekwondo family,” Ashourzadeh said.

Kuwaiti Taekwondo player Abrar Al-Fahad won the bronze medal for the category of ladies’ under 73 kg in the 17th Asian games held in Incheon, South Korea.

Al-Fahad has defeated an Indian player in the quarter finals after a few draws, qualifying to the semi-finals where she was defeated by a Iranian player.

This bronze medal increased Kuwait’s total medals in the tournament up to ten, with two gold, four silver, and four other bronze.

India’s taekwondo players had another bad day, as none among the men and women in fray could make it to the medal round at the Asian Games in Incheon today.

Saurav lost in the men’s 63kg quarterfinal to Afghanistan’s Abasi Ahmad Roman’s 4-5. In the round of 16, Saurav had beaten Sujan Joshi 8-5 at Ganghwa Dolmens Gymnasium.

Taekwondo bet Kirstie Elaine Alora settled for a bronze medal after falling to Cambodia’s Seavmey Sorn on Friday in the Asian Games semifinals, duplicating her feat from the 2010 edition of the competition.

Alora, who bagged a gold medal in the 2011 Southeast Asian Games, qualified for medal contention after besting Rima Abdel Karim Ibrahim Ananbeh in the women’s -73 kg quarterfinals earlier in the day.

Already assured of a bronze upon entering the semifinals, Alora tried to get a shot for the gold medal round but lost 6-5 to Sorn.

In other matches, Francis Aaron Agojo reached the men’s -58 kg quarterfinals but fell short against Japan’s Yuma Yamada to bow out of the Asiad.

Lizardo won a bronze medal for the Philippines in the 2010 Asian Games.