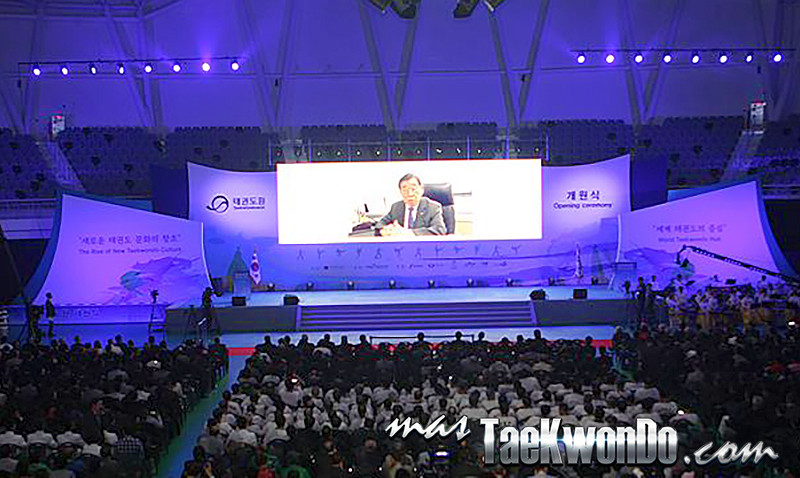 Taekwondowon  officially embarked on this ambitious mission with a grand opening ceremony Thursday, September 4, the International Day of Taekwondo,  with high-ranking officials from international sports organizations, the Korean government and taekwondo instructors from various parts of the world in attendance.

“Ten years after the inception of the project ― back then it was called Taekwondo park ― we finally celebrate the grand opening later this week,” Bae Jong-shin, chairman of the Taekwondo Promotion Foundation told a press conference in Seoul on last week. The foundation is in charge of the park’s management.

Located near the mountainous town of Muju, some 2 1/2 hours’ drive from Seoul, the park opened in April, but the opening ceremony was postponed as the nation mourned for the 300 people killed in the April 16 Sewol ferry disaster. “Befitting the status of Korea as the birthplace of the sport, Taekwondowon is the world’s largest training ground with various facilities including the world’s first Taekwondo Museum,” Koh Jae-chun of the foundation said.

A 247 billion won ($243 million) project, Taekwondowon spans an area of 2.3 square kilometers, which is approximately three-quarters of the land mass of New York City’s Central Park. It includes a large taekwondo stadium, an exhibition hall, a virtual experience center, the museum and hotel-quality accommodation.

Taekwondo has been an official Olympic sport since 2000, and today more than 70 million people in 206 countries are practicing the martial art sport, the foundation said. 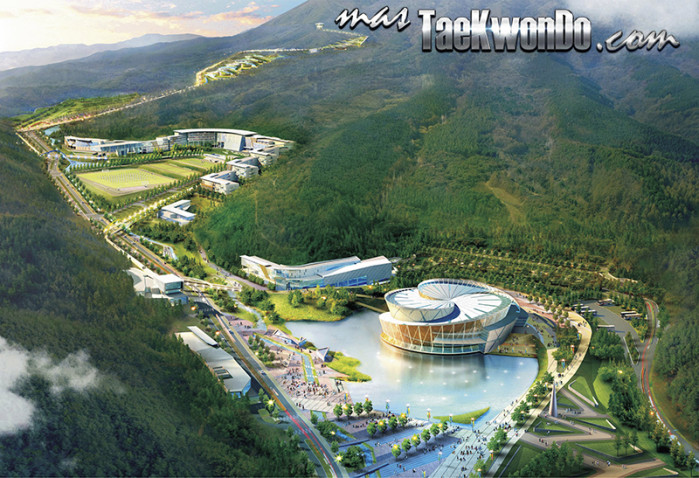