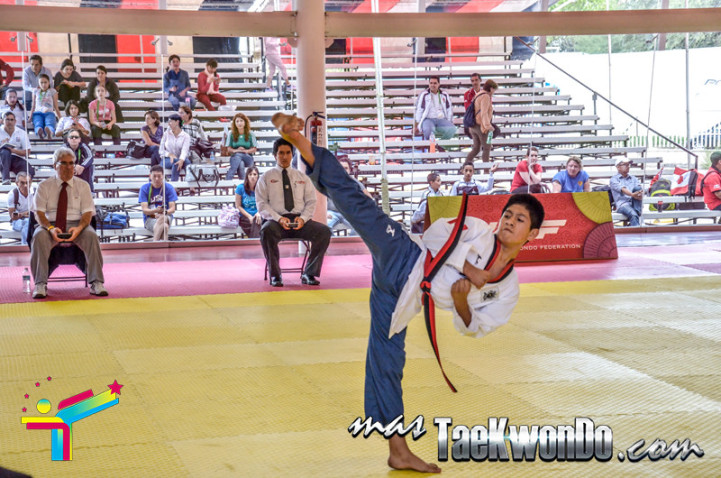 The 2014 Pan America Para-Taekwondo Championships drew to a close in Aguascalientes, Mexico, as the World Taekwondo Federation (WTF) continued to build momentum in its bid for inclusion on the Tokyo 2020 Paralympic Programme.

The tightly contested Championships were the third of their kind with previous editions having been held in 2010 and 2012 in Monterrey, Mexico, and Sucre, Bolivia, respectively. The Championships were held in connection with the Pan America Senior Championships for able bodied taekwondo athletes. Plans are already underway to host the fourth edition as part of a concerted effort by the WTF to grow worldwide participation in para-taekwondo and increase the number of Continental and National Championships.

“It is great to see elite para-taekwondo championships being held worldwide. Para-taekwondo is a global sport practised by athletes from all five IPC regions and so we want to ensure that athletes from across the world have the opportunity to regularly compete in top level competitions. This will not just provide a platform to showcase their talents to our global fan base but will also encourage more people to take up the sport from grassroots through to elite level.

“Taekwondo is universally accessible to people of all ages, genders and races irrespective of whether they have an impairment and we know there is huge potential for further growth. We are 100% committed to increasing the number of para-taekwondo championships in our sporting calendar to unlock this potential. By doing so, we will ultimately improve the quality of sport and strengthen our already impressive depth of field for the benefit of athletes and fans.”

The WTF has also introduced a development fund which allows MNA’s to apply for funding to develop para-taekwondo in their countries and rapidly increase worldwide participation. If para-taekwondo has the honour of being included on the Tokyo 2020 Paralympic Programme it will unlock Government funding across the WTF’s 206 MNA’s and provide a catalyst for further expansion and growth.