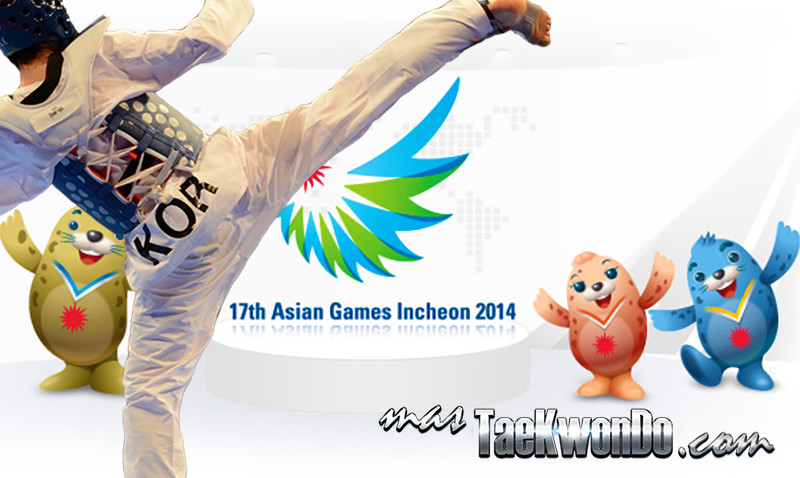 Asian Games, Koreans earned only four of the 16 gold medals at stake, showing that Koreans no longer dominate the Korean martial art.

The pressure is only increasing with the Incheon Asian Games on the horizon.

Some Korean taekwondo players resort to psychological help ― not just from psychologists, but also from their families ― to overcome the stress.

“I think of my parents whenever I am under pressure when preparing for the Asiad,” Kim So-hui told The Korea Times at the Taereung National Training Center in Seoul last month. “My parents would always say, ‘Don’t worry. We’ll always support you no matter what.'”

The 20-year-old, competing in the women’s 46kg class, vowed to win gold in Incheon to express her gratitude to her parents, who have supported her despite the financial burden. She said they run a small mom-and-pop restaurant.

“My father suggested I learn taekwondo, because I was easily distracted as a kid,” she said with emotion in her voice. “And my parents have since been my greatest supporters. Now, I really appreciate their encouragement as I was able to develop my taekwondo career.”

Lee Dae-hoon, a surefire candidate for the gold in the men’s 63kg class, said his father had helped him get out of a severe slump and supported him in avenging his failure in the London Olympics in 2012.

“I just kept working out during my down period, and my father was a great help in the process,” Lee said. “But the way my father helped me was somewhat different. He didn’t tell me what to do or how to win. Instead, he just tried to help me relieve stress by telling me funny stories and jokes.”

The 22-year-old stressed that although athletes feel heavy pressure to perform well and earn medals, fans are an important motivator.

“It’s encouraging that I receive a lot of attention, and it makes me want to do better,” he said. The handsome athlete has a number of fans after his success in the 2010 Asiad.

But he said that he wants to prove that he is not just a good-looking athlete, and he intends to do that by winning another gold at the Asiad after Guangzhou.

“I feel good when I hear compliments about my appearance and I thank my fans for that, but I feel better when I hear people complimenting my performance as an athlete,” he said.

Apart from the pressure to win gold, taekwondo athletes say they also feel stress when adhering to a strict diet, as they all belong to certain weight classes.

Kim Tae-hun, competing in the men’s 54kg class, said he will eat as much meat as he wants after the Asiad ends.

“The difficult part in preparing for the Asiad is to maintain my weight. I don’t feel too much pressure for the upcoming event, but I will eat a lot of meat after the tournament,” he said.