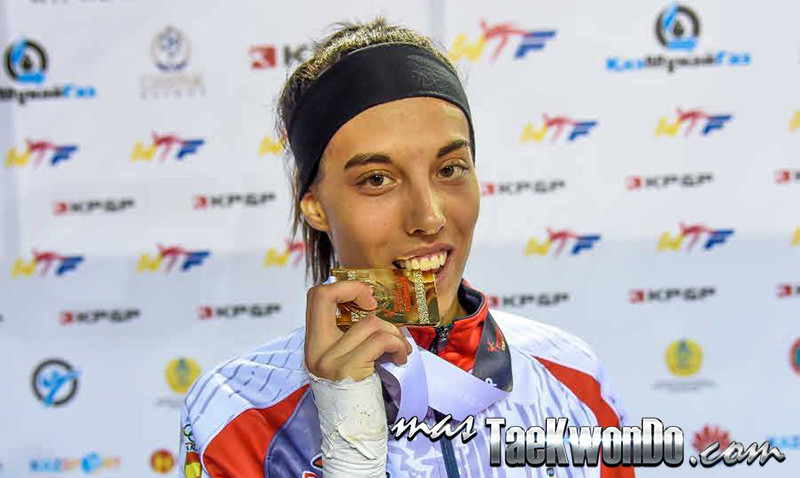 Just a year ago, Eva began making headings in “masTaekwondo.com” after she went up to the podium at the  World Taekwondo Championships “Puebla 2013”, when we had the opportunity to interview her for “masTaekwondo TV”.  Later, she won the Mediterranean Games (Mersin 2013), and closed the year with 80 ranking points accumulated after winning the Grand Prix Final in Manchester, relegating to second place the local and Olympic champion Jade Jones.

2014 would be no less brilliant for her, because she started her winning road with the European Taekwondo Senior Championships 2014 title in Baku, Azerbaijan, after winning the final 11-9 to Jade Jones of Great Britain.

The following step was the   1st Grand Prix Series which was held in Suzhou, China where Calvo again went up to the top of the podium after winning the final to the Korean representative So-hee Kim 2-0,  in an exciting fight that allowed Calvo  become champion and take home the first $ 5,000 awarded in this competition. 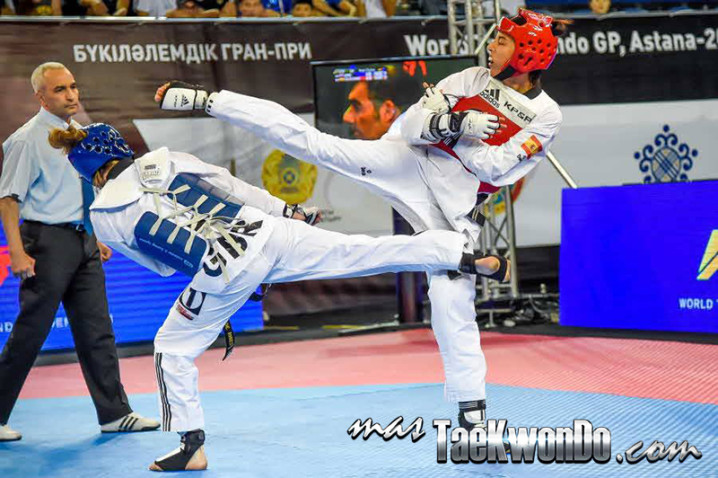 As she is ranked second in the WTF ranking, Calvo started her competition in the second round, where she faced Li Cheng Tseng of Chinese Taipei, who lost 1 to 0.  In the quarter finals, she had a tough match against world No. 7, Chinese Yuzhuo Hou, but continued her winning road defeating Hou 2-1.

The bronze medal did not seem enough to Calvo and she went to the mat focused on the search for a gold, and the victim was Swedish Nikita Glasnovic who lost 12-0.

If we were used to the a classic international fight between Steven Lopez, USA, and Aaron Cook , Isle of Man,  now we cannot deny that the fight against Eva Calvo and Jade Jones is becoming a international classic.  In Astana they faced each other again as they did in the GP Final in Manchester 2013 and in the European Championship final 2014, and Calvo was the winner again in a exciting fight with a golden point.  With this win, she got 40 valuable ranking points which will place her at the top of the WTF ranking, and as a favorite to win the gold medal in the next Rio 2016 Olympic Games.

So far, Jade Jones and Eva Calvo are number 1 and 2 respectively in the WTF Ranking. 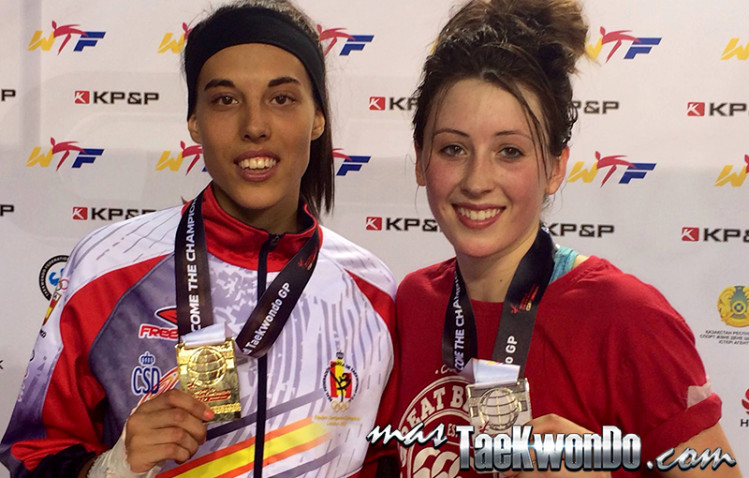 Next series (the third in this year), is scheduled for October 24-26, 2014 in Manchester, UK.  We will see Calvo against Jones in the Final again?