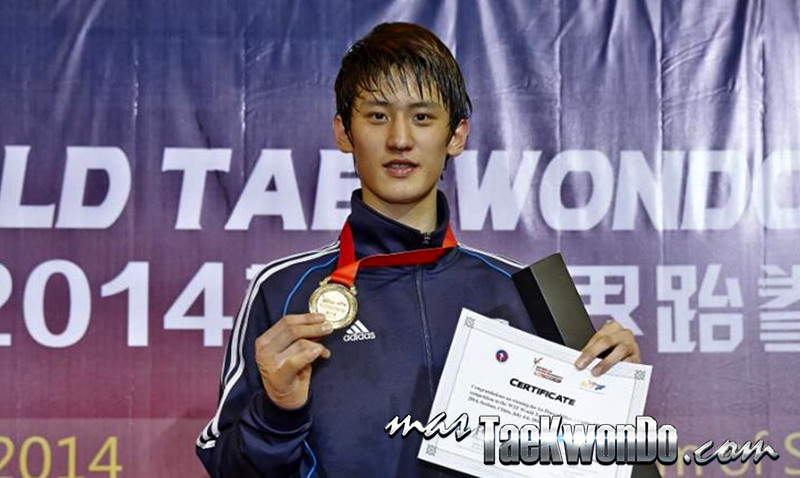 Behind his peaceful appearance, there is a strong competitor whose mission is to win his second consecutive gold medal at the Asian Games and the firm intention to bring back the attraction and excitement to a sport criticized for being boring to the general public.

Lee, who is preparing for the Asian Games to be held in the city of Incheon, from September 19 to October 4, said:  “If I can be in my top physical conditions and I do not underestimate any rival, I think I should get my second gold medal” adding that his other goal is to entertain and motivate spectators.

Many Taekwondo athletes compete with an excess of caution to protect the few points they can achieve, rather than trying to hit winning shots. For this reason, our sport is becoming less attractive at major sporting events and even its Olympic status achieved in 2000 is threatened. 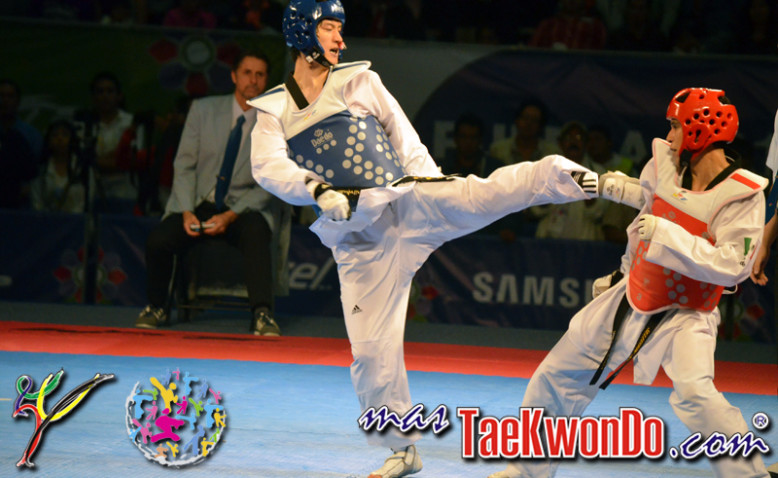 Lee will compete to defend the Asian gold medal won four years ago in the 68kg category, after an unsuccessful attempt in the 58 kg category at the Olympic Games in London. Back then, Lee focused on losing weight to compete in a lighter category, however, such decision resulted in a loss of power and represented a handicap and he had to settle for the silver medal.

Now he is very confident for the Asian Games, saying that although it will not be easy because of the prevailing technical and quality balance in Taekwondo, he feels he has “the strength enough to face any rival.”

Remember that during the World Taekwondo Championships in Puebla 2013 in the Bantam -63 kg weight category, the young Korean, who already held the world title won in Gyeongju 2011, was simply a “steamroller” on Saturday July 20 at the Exhibitor Center Puebla, day in which he scored 89 points in his favor and 25 points against in his six fights.

During the 2012 London Olympics final match, Lee failed to achieve the title after losing to Spanish  Joel Gonzalez in the -58 kg category, 17-8; however during his participation in the World Championship in Puebla he could take his revenge and beat the Spanish (who was not in good shape due to an injury suffered in the Spain Open).  During that fight it is important to highlight a sequence of actions in which the Korean hit three times in Joel´s head accumulating nine points in just a few seconds. (See:  Dae-Hoon Lee, Unstoppable, Scored 89 Points in Six Matches)
Equipo masTaekwondo.com