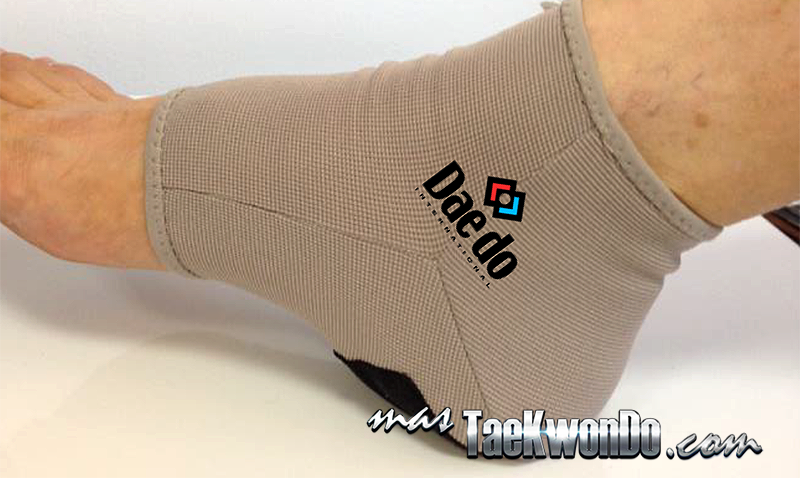 The Spanish company, Daedo, supplier of the Protector Scoring System used in the London Olympic Games 2012 continues reinventing itself and seeks to improve in order to ensure its participation in Rio 2016.

Daedo is the manufacturer of the new electronic headgear that was used in events such as the Swiss Open and will be used in the coming third edition of the Grand Prix to be held in Manchester from October 24-26, and the Under-21 European Championships to be held in Innsbruck, Austria from September 26-28.   In search for a greater acceptance, credibility and fidelity in the scoring, Daedo has implemented a new accessory

The complementary heel is to be used with the current 4G Daedo e-foot protectors which are already in the market and are being used by the athletes. It incorporates one more sensor for a more precise scoring when kicking to the e-head gear.

In the area where the additional sensor is located, a special fabric has been used in order to avoid slipperiness when competing on the mat.

The WTF would have approved the use of this new accessory at the Under-21 European Championships in Austria; therefore its use would be compulsory as well as the use of the 4G Daedo e-foot protector

All teams attending the Under-21 European Championships must therefore get the new accessory for this event and any other where the electronic headgear is used. 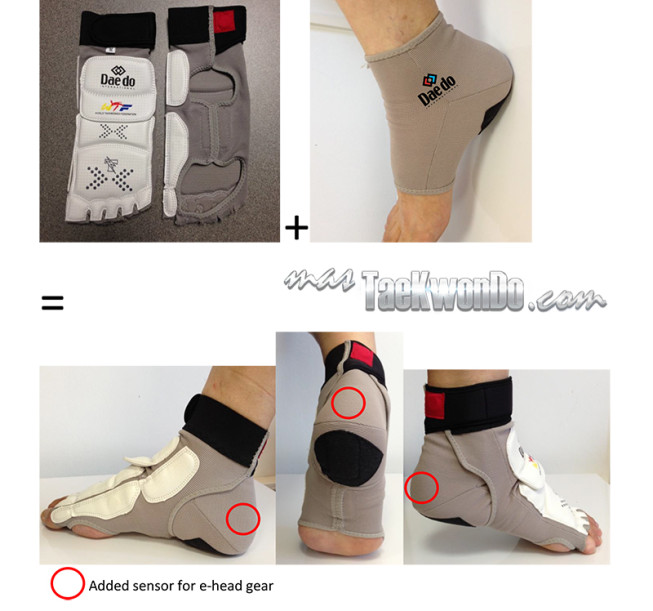