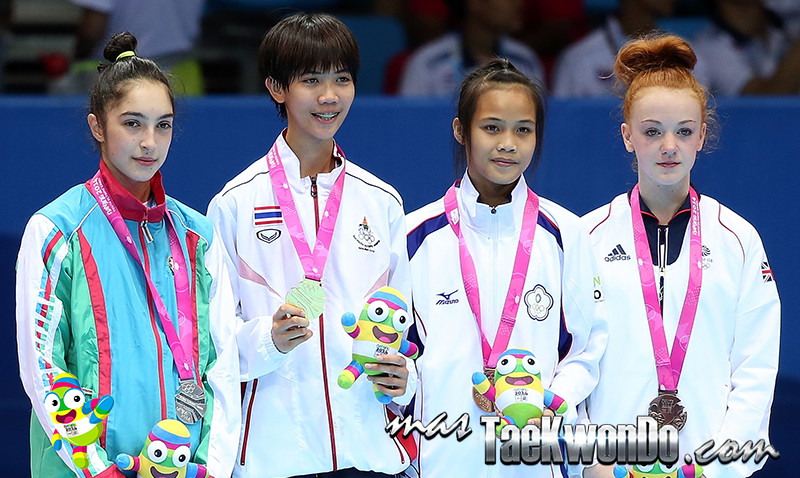 The Thai, the gold medalist at the WTF Qualification Tournament for the taekwondo competition of the 2014 Nanjing Youth Olympic Games in March this year, advanced to the final match as she beat Chinese Taipei’s Zih-Ting Chen 8-1 in a semifinal match.

“I am very much honored to win the gold medal. I really worked hard for the Nanjing Youth Olympic Games and I expected to clinch the gold,” Wongpattanakit said shortly after the victory ceremony.

Nat Indrapana, Thailand’s member of the International Olympic Committee (IOC), presented the medals to the winners in the female weight division, together with Pimol Srivikorn, president of the Taekwondo Association of Thailand and a WTF Council member.

In the men’s -48kg weight division, Iran’s Mahdi Eshaghi brushed aside a stiff challenge from Chinese Taipei’s Chen-Yu Wang to win the final match 17-9 for the gold medal.

Eshaghi, the silver medalist at the WTF Taekwondo Qualification Tournament for the 2014 Nanjing Youth Olympic Games in March this year, reached the final match by winning a semifinal match against France’s Stephane Audibert with a 12-point gap victory. He was ahead 16-0 at the end of second round of the semifinal match.

As part of the IOC-organized Culture and Education Programs (CEP), taekwondo demonstrations and taekwondo training sessions are offered for the visitors and spectators every day, and its opening ceremony took place in the afternoon on Aug. 17 at the Wanda Plaza. 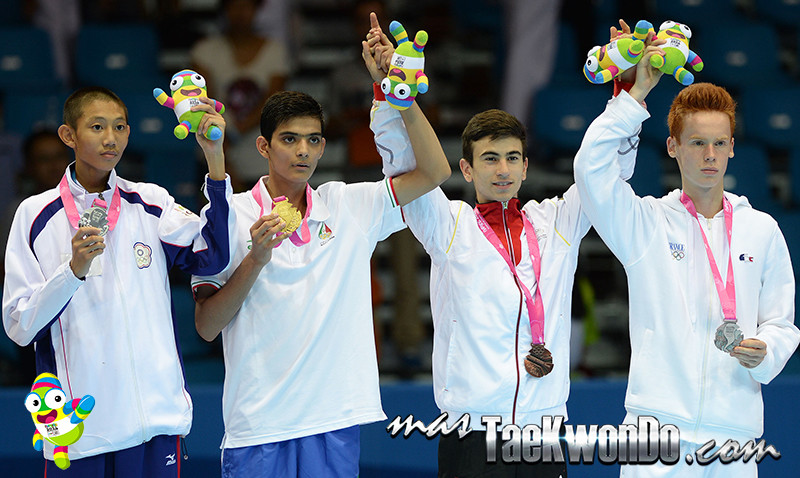